Badou Jack figured out a way to avoid getting robbed by the judges.

The former two-division titlist from Las Vegas aimed for his second knockout win in six years, but had to settle for an eight-round shutout of Blake McKernan. Jack won by scores of 80-72 on all three scorecards in the one-sided victory Saturday evening at Staples Center in Los Angeles, California.

The difference in class was clear from the outset. McKernan (13-1, 6KOs) entered the fight with a glossy and unblemished record, though loaded with nondescript opposition. Jack exploited his foe’s lack of big fight experience, walking down the Sacramento native and repeatedly landing with jabs and straight right hands. 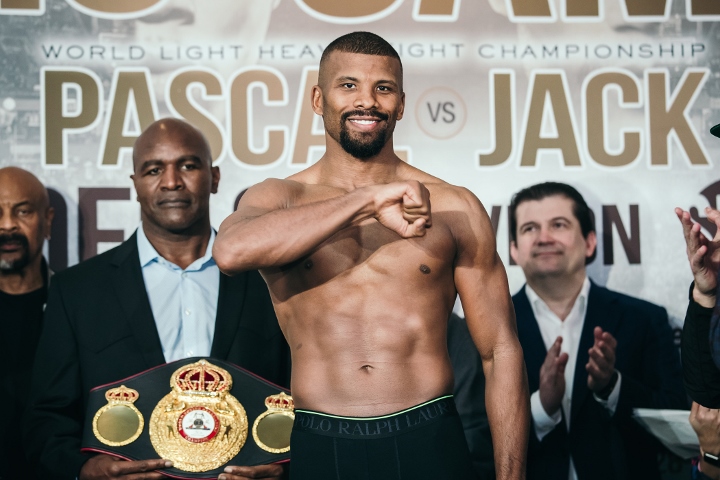 McKernan took a similar pounding in round two, with Jack also working the body. McKernan showed his fighting heart in round three, riding out a rough storm to land a sneak right hand. Jack took the shot well and remained in stalker mode as he landed power shots at an alarmingly high rate.

Jack manned the center of the ring in round four, as McKernan attempted to employ more footwork. The strategy worked to a small degree, firing off a combination late in the frame after absorbing heavy blows for much of the frame. Jack went right back to work in round five, hurting McKernan with a right uppercut while steadily punishing the body.

To his credit, McKernan never stopped fighting with pure heart. The 33-year old outworked Jack for the first time in the fight in round six, throwing 77 punchcs but with Jack landing at a much higher percentage.

Jack enjoyed the competitive spirit of his opponent, exploiting that factor in a brutal round seven. The 37-year old—who represented his native Sweden in the 2008 Beijing Olympics—laid a vicious beating on McKernan, cracking him with body shots, right uppercuts and straight right hands upstairs. McKernan dug deep late in the frame to surprise Jack with a right hand, though seemed far worse for the wear in between rounds.

The final three minutes saw Jack throw every punch with knockout intentions. McKernan appeared out on his feet on several occasions, eating a heavy right hand midway through the round which froze him along the ropes. Referee Raul Caiz gave McKernan a hard look but allowed the battered but game cruiserweight to continue which in turn allowed him to hear the final bell.

Jack improves to 24-3-3- (13KOs), picking up his first win in more than three years. That moment came on the second-highest grossing Pay-Per-View event of all time, when he stopped Wales’ Nathan Cleverly to win a light heavyweight title on the undercard of Floyd Mayweather’s 10th round knockout of Conor McGregor.

Since then have come a draw to Adonis Stevenson and back-to-back decision losses to Marcus Browne and Jean Pascal. Saturday’s bout marked his first non-title fight since 2014.

The bout served in supporting capacity as part of a four-fight Triller Pay-Per-View, headlined by an eight-round exhibition between long-retired ring legends Mike Tyson (50-6, 44KOs) and Roy Jones (66-9, 47KOs).

Wonder how much more Jack has left in him to fight against a top 5 guy in the division. He’s always been a solid fighter.

Incredible heart by Blake McKernan. On the biggest stage, he was a true warrior. Sacramento is proud!! He gave way more than reasonable but that is what is required to be great in boxing terms. It's a life altering beating…

Why did they put this guy in there with Jack? There's levels to this, he took a nasty beating.

Fawk... That soldier guy had no quit in him. A warriors mentality. It put Rosado Jacobs to shame. Props to badou jack, very impressive!

I’d like to see the prior service infantry Soldier get some better training. He’s obviously tough and with a warrior heart and sport but with that muscle mass he really needs to learn to sit down on his punches and…