Felix Promotion is closing out this year with a busy card on Friday evening at the Lake Side Hotel in Szekesfehervar, Hungary. While some of the flagship fighters, like world-ranked contenders Imre Szello and Zoltan Kovacs are already preparing for the Holidays, others are sweating in the gym to get ready for one more tango before Christmas.

Former Hungarian welterweight titlist Balazs Torteli headlines the show in an attempt to win his second national championship, this time at super lightweight. The 25-year-old Torteli (14-1, 5 KOs) won the 147-pound version of the title November last year and defended it once this past April before dropping down to 140 pounds in September. In his second appearance at super lightweight, he will face experienced Zoltan Szabo (18-9, 8 KOs). The location is well-known for Torteli, who lives in the city of Szekesfehervar.

”Like always, I am in beast mode to get ready for fight night. I perform in front of a home crowd and this is going to be my first main event. I am so happy for that. This is a crucial fight in my career, I can not afford to slip on this one. Failure is not an option,” said Torteli to BoxingScene.com. 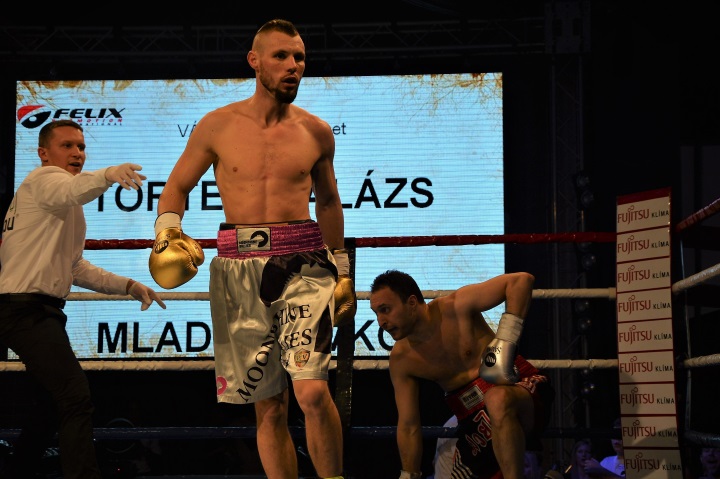 Former European champ and Rio Olympian Balazs Bacskai continues on his fresh pro run that he started last June. After a short journey at light middleweight, Bacskai is now back at 160 pounds where he is facing Alex Marongiu (6-7). Marongiu’s record may not a nice one but he proved before he can be a spoiler.

Felix Promotion is on a mission to reach out to a younger generation of potential fight fans. On Friday evening, every child under 14 is welcome to enter the show for free, while they are also in a draw to win special Christmas presents during the evening.