Last year, middleweight contender Avtandil Khurtsidze (33-2-2, 22 KOs) was on the verge of a mandatory world title shot, when he knocked out Tommy Langford in April to secure a crack at WBO world champion Billy Joe Saunders.

But before he was able to get his hands on Saunders, the hard punching Khurtsidze, 39-years-old, was arrested as a part of a RICO prosecution - with allegations that he worked as an "enforcer" to Brooklyn mob boss Razhden Shulaya. 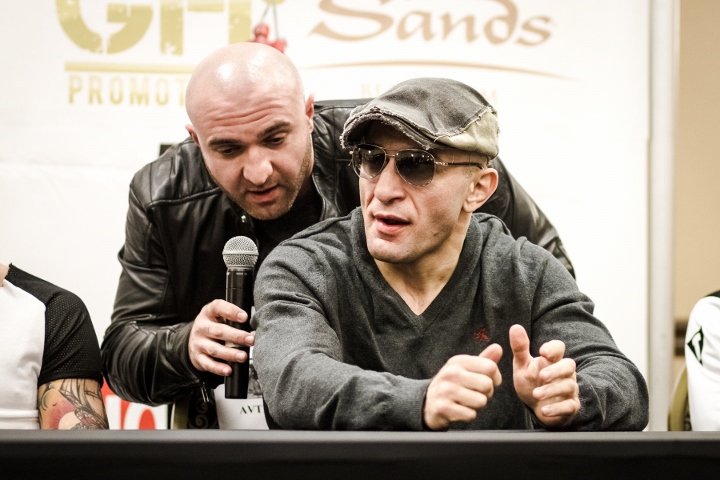 Khurtsidze has been in federal lockup since his arrest and faces as a much as 40 years if convicted.

“Shulaya acted as the boss and Khurtsidze acted as his solider,” prosecutor Andrew Thomas told the jury, according to the New York Post.

Khurtsidze’s lawyer, Megan Benett, said the two men knew each other from their days in post-Soviet Georgia and that they “socialized together” — but they were not associates in a criminal organization.

But the video evidence may create some issues for Khurtsidze.

The prosecutors indicated to the jury, that several videos in their possession will show the boxer threatening or assaulting people on behalf of Shulaya.

In one video, as BoxingScene.com reported last year, Khurtsidze is seen punching a man directly in the face after he is accused of stealing money from a Brighton Beach poker ring Shulaya allegedly ran. Shulaya then slaps to the man’s face and tell him he had better pay up or suffer the consequences.

The organization, which Khurtsidze is alleged to have been a part of, is being accused of running several illegal operations - including the buying and selling untaxed cigarettes, running an illegal poker ring that cheated its players and hacking the code on slot machine software so that members of the organization could rig the winnings.

Dude is F-CKED. There's no coming back from this and he has only himself to blame.

We as a community need to make "Free Khurtsidze" shirts. He beat the sh1t out of Tommy Langford and Antoine Douglas as the underdog. Memorable moments like a muhfucca.

as soon as he said he identified as a 'black man from Brooklyn' they went after him :( free midget mike!

monzon got 11 years for killing his girlfriend, wtf did this guy do?