A year after David Benavidez was forced to relinquish his super middleweight title in violation of drug testing protocol, yet another controversy involving banned substances now surrounds his first title defense.

It’s not the two-time 168-pound titlist who is guilty of such findings this time around, but his mandatory challenger Avni Yildirim. The current WBC top-rated contender is now on the hot seat after random drug testing through the World Boxing Council (WBC) Clean Boxing Program (CBP) has discovered an adverse finding of the banned substance methylclostebol.

According to a statement released by the WBC, Turkey's Yildirim (21-2, 12KOs) was tested on Sept. 13 by Voluntary Anti-Doping Agency (VADA), the Las Vegas-headquartered drug testing agency contracted by the sanctioning body. Findings of the substance in his collected “A” sample were discovered and reported to the WBC on Sept. 26, two days prior to Benavidez’s 9th round stoppage of Anthony Dirrell to regain his super middleweight title. 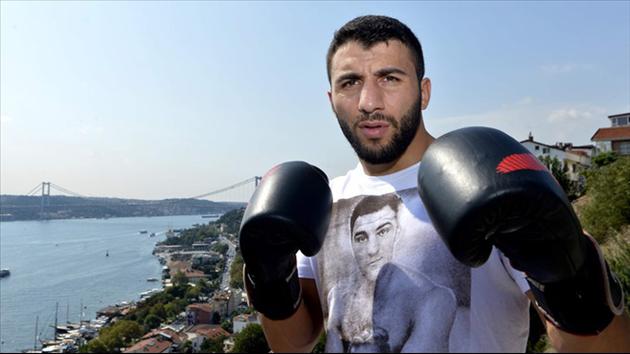 Yildirim was due to face the winner in the first quarter of 2020, although that status is now in question. The 28-year old super middleweight contender is not suspended as neither VADA nor any sanctioning body carry the authority to issue such a punishment.

However, the onus is on Yildirim to explain how the banned substance entered his system or prove an anomaly which can be cleared up by having his “B” sample tested.

The WBC has indicated that “Yildirim and his team voluntarily agreed to hold an immediate evaluation meeting with an expert scientist approved by the WBC to conduct an in-depth analysis of the situation at hand.  The WBC considers those steps necessary to achieve a conclusion of the matter consistent with the WBC Rules and Regulations and with the WBC CBP Protocol.”

Methylclostebol is a synthetic, orally-ingested substance that has long been banned by the World Anti-Doping Agency (WADA) and VADA.

Benavidez first claimed the WBC super middleweight title following a 12-round points win over Ronad Gavril in Sept. 2017. The close nature of the bout prompted an ordered rematch, which Benavidez (22-0, 19KOs) won in far more convincing fashion last February. It would be the final defense of his first reign as the Phoenix, Arizona native was suspended after having tested positive for cocaine through the same testing protocol last September.

The ruling also forced him to give up his title, which was contended for between Yildirim and Dirrell (33-2-1, 24KOs) this past February. Dirrell claimed a technical decision win when a gruesome cut over his eye from an accidental clash of heads forced the early ending in the 10th round of their vacant title fight.

Yildirim and his team filed an official protest, to which the WBC ordered a Dirrell-Benavidez title fight with the Turkish contender to face the winner.

The ruling came as Benavidez—who turns 23 in December—returned to the ring in March, scoring a 3rd round knockout of J’Leon Love. The win paved the way for his reclamation of the super middleweight crown, with prior expectation that his mandatory defense versus Yildirim would occur during the first quarter of 2020.

That is now officially on hold, as this matter takes precedence, with the WBC to “make an announcement in the near future about the results of its investigation and evaluation, and about the disposition of this matter.”

Good nobody wanted to see this mismatch anyway. Maybe we can get a Benavidez vs Plant unification bout on the Spence-Garcia undercard.

The WBC probably wouldn't know how to pull this one out without looking shady. Yildrim didn't deserve to be mandatory anyways. He had his shot and lost, doesn't matter how his fight with Dirrell ended....He lost. He was a guy…

no wonder he was walking through dirrell's punches anthony dirrell does have some pop one thing that is becoming apparant is that these PEDs increase punch resistance. hardy and yildrim showed incredible recovery skills in their last fights

Yeah if no unification then make the Eubank fight, he flattened this drugs cheat anyway without breaking a sweat I think their styles would make for a war