Avery Sparrow: I'm On a Different Level Than Ryan Garcia!

Avery Sparrow knows by now what he signed up for in agreeing to next face Ryan Garcia.

After all, he's already been down this road two before.

The tough-as-nails Philadelphia (Pa.)-bred lightweight has pursued a showdown with California's Garcia (18-0, 15KOs) for nearly a year, finally landing the assignment on the third try.

"I just feel like I'm on a different level than Ryan." 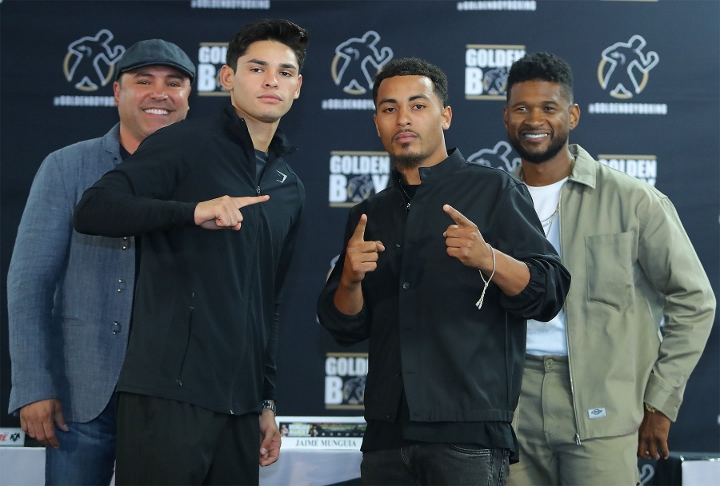 It speaks volumes of what Sparrow brings to the table, in addition to his seven-fight unbeaten streak after suffering a loss in his fifth pro bout.

Garcia was named by several outlets as the 2017 Prospect of the Year. The now 21-year old lightweight has already developed a massive following throughout the Southern California region, as well as through social media, but was willing to risk early fame just to prove he's the real deal.

A bit more convincing is required by his upcoming opponent.

"He hasn't been at this level," believes Sparrow, who is managed by Grammy-award winning music icon Usher and advised by legendary Hall of Fame matchmaker and promoter J Russell Peltz. "I just fought Hank Lundy and beat him (in a terrific all-Philly shootout at home this past March). The last guy Ryan beat was Jose Lopez—I already beat him two years ago (10-round unanimous decision in Nov. 2017).

Golden Boy trying to get all their undefeated guys knocked off. I like it.

Ryan by KO I believe in the Reynosos