Avanesyan vs. Kelly Postponed (Again) Due To New COVID Spike In UK

David Avanesyan and Josh Kelly are once again forced to play the waiting game.

A massive spike in new cases from a new coronavirus strain the United Kingdom has prompted a fresh round of stay-at-home restrictions in the region, thus affecting the boxing schedule for the month of January per the British Boxing Board of Control (BBBoC). Among the events affected by such measures is the January 30 show to have been topped by the European welterweight title fight between Avanesyan and Kelly.

“Following a ruling from the British Boxing Board of Control, the David Avanesyan vs. Josh Kelly event scheduled to take place on Saturday January 30 has been postponed,” Matchroom Boxing announced in a statement on Sunday. 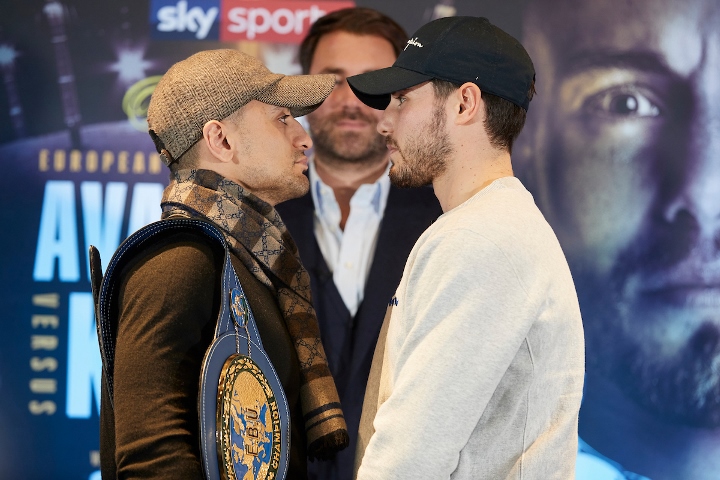 The aforementioned welterweight clash has been on the books for more than two years, enduring several delays both before and throughout the ongoing coronavirus pandemic. The two were due to collide in December 2018, only for Kelly to fall ill following the pre-fight weigh-in as he was forced to withdraw.

Efforts to get the fight in the ring last March 28 were shut down by the initial COVID-19 wave, with the fight never making its way back to the schedule until 2021. Matchroom had the intriguing clash budgeted to headline its first major U.K. show of the new year, only for the nation’s health officials to rule otherwise in light of the new strain identified as SARS-CoV-2 B.1.1.7 which carries a more rapid infection rate.

The disturbing trend—which began last December in the U.K.—was noted by the BBBoC.

“Following the increase in COVID-19 cases in the United Kingdom and the effects such increases has on the NHS and the work of the Board Medical Officers, it has been decided that no tournaments under the jurisdiction of the British Boxing Board of Control will take place in January 2021.

"A further review by the Board's Medical Panel and Stewards will take place later in January in relation to tournaments from February onwards."

Both boxers have been out of the ring for more than a year as a result.

Avanesyan (26-3-1, 14KOs)—32-year old Russian, now based out of Norwalk, England—enjoyed an active three-fight campaign in 2019, with back-to-back knockout wins over Kerman Lejarraga (unbeaten ahead of their first fight in March 2019) and a 1st round stoppage in an intended stay-busy fight in Dec. 2019.

The latter bout was intended to lead to a straightaway clash with Kelly (10-0-1, 6KOs), who served on the 2016 Great Britain Olympic boxing team which competed in London.  Efforts to make strides in the pro ranks have been slow-moving, thus the desire amongst his team to land a fight with Avanesyan to prove his readiness for the next level in the welterweight division.

Sunderland’s Kelly has not fought since Dec. 2019, scoring a 10-round decision over Wiston Campos in Phoenix, Arizona to cap a three-fight campaign on the year.

When the pair of welterweights once again make their way back to the ring is—for now-remains at the mercy of health officials. If there is a way to expedite that matter, such measures will be taken to finally get this fight over the line.

“Seen the statement from the BBBofC that January shows will be postponed in the UK,” Eddie Hearn, Kelly’s promoter stated on Sunday. “Boxing for us  (Matchroom) will now re-start early Feb. Hopefully that will be in the U.K. but we will proceed regardless, safely and by any means necessary.

“To the fighters out there… stay ready!”

Avanesyan vs Boots Ennis instead make that happen! This thing been dragging out too long

A spike in the bad PCR tests leading to a shortage of nurses because they're sitting home asymptomatic unable to do their jobs while their isolating .Other than Matrons who go on the BBC to lie to the nation,telling them…