According to MMA Fighting, former WBC and IBF champion Ava Knight is the latest female boxer to enter the world of mixed martial arts.

Knight (14-4-2) will follow in the footsteps of Ana Julaton and Heather Hardy, by signing a contract with Bellator.

Knight will make her MMA debut on Bellator 228, on September 28 inside The Forum in Inglewood, California. 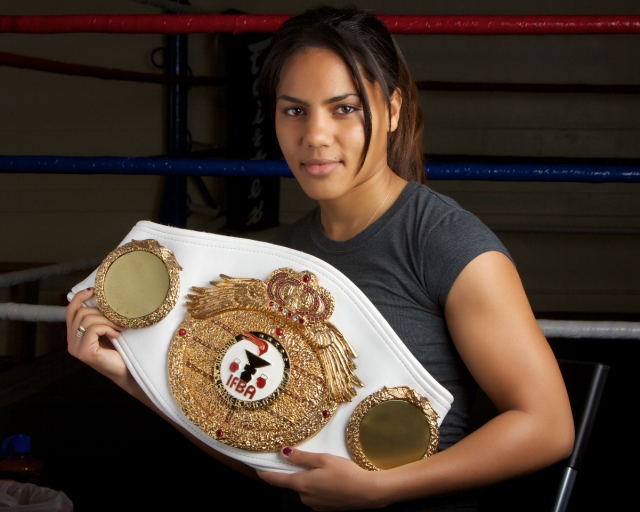 Knight will make her debut against Shannon Goughary (3-3 MMA), who came up short against Cristina Crist at Peak Fighting 2 in July. But prior to this defeat, she scored a stoppage win over Tabatha Ann Watkins in April.

Knight, 30-years-old and promoted in boxing by Mayweather Promotions, was in action back in May when he won an eight round unanimous decision over Crystal Hoy. It was Knight's second fight of the year after going to a technical draw in February due to a head clash.

She's been unbeaten in the ring since October of 2013, when she traveled over to Mexico and lost her WBC junior flyweight title to Ibeth Zamora.

Good luck to her.