Trout is coming off a twelve round majority loss to Jermell Charlo from June 2018.

And Gausha was coming back from a first round knockout of Joey Hernandez - a recovery from his first career loss to Erislandy Lara. 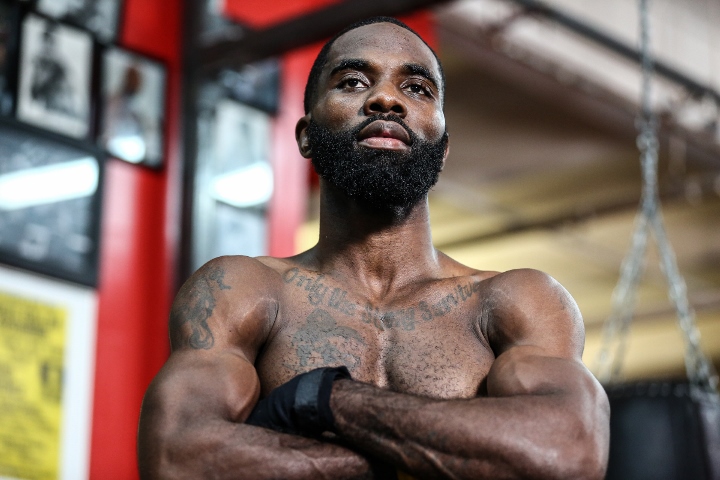 Gausha came out pressing forward, looking to push back the veteran and force him to the ropes.

Trout continued to get pushed back in the second, with Gausha controlling the pace. Trout began to hold his ground in the third, choosing to fight more often.

They were picking their spots in the next few rounds, with Trout making things close as the action slowed down. Gausha was being more tactical and landing the flusher punches. Trout was landing a flicking jab and doing most of his work to the body.

More jabs were connecting by Gausha as they entered the seventh round, and his movement was giving Trout a lot of trouble.

Gausha had the edge as the contest played out, landing the cleaner punches. Trout was in the fight and continued to work hard, but his timing appeared to be off a bit.

In the tenth and final round, Trout tried to change the tide by letting his hands go. Guasha stuck to his boxing and was landing the more accurate punches.

Booker was digging to the body and landing a lot of punches throughout the fight.

Omotoso was coming off a decision win over Freddy Hernandez from December of last year.

Bantamweight prospect Shawn Simpson (10-0, 3 KOs) boxed his way to a six round unanimous decision over Sergio Quiroz (6-2, 1 KOs). The score of 60-54 came down from all three of the official judges.

In a light heavyweight clash, Ahmed Elbiali (19-1, 16 KOs) knocked out Marlos Eduardo Simoes (13-2-2, 5 KOs) in the second round. Simoes dropped down in pain, indicating that his jaw was broken and took the full count.

Coming in, Elbiali had won two in a row by knockout, since suffering an unexpected knockout loss to former world champion Jean Pascal.

I am happy because I won money on the draw, but Gausha had won the fight, no question. Second time in a few months that I win by betting on a draw which turns out to be a robbery; the…

This was a real robbery tbh Trout should retire

They robbed gausha . This was one of the biggest robberies I’ve seen in boxing 🥊 trout won 2 o 3 rounds the most .

[QUOTE=mbase1235;19772221]Gausha won, but he should've let his hands go more to make sure. There was a lot of waiting around, and I don't think that Gausha was aggressive enough. Trout was there for the taking. Cats gotta learn not to…