In a landmark legal move, former world champion Austin Trout has sued the World Boxing Organization (WBO) for $40 million, based on claims that the sanctioning body violated the Muhammad Ali Boxing Reform Law.

The lawsuit, originally filed by Trout in the State Court of New Mexico, was amended by the plaintiff and transferred to San Juan at the request of the WBO itself. The case will be dealt with by federal judge Pedro Delgado.

The last time a sanctioning body was brought down in high court was in 2004 when Graciano Rocchigiani successfully sued the World Boxing Council for $31 million for allegedly snatching away his world title for no apparent reason. The legal victory nearly bankrupted the WBC and forced then president José Sulaimán to reach a deal with the boxer to avoid the demise of their organization. 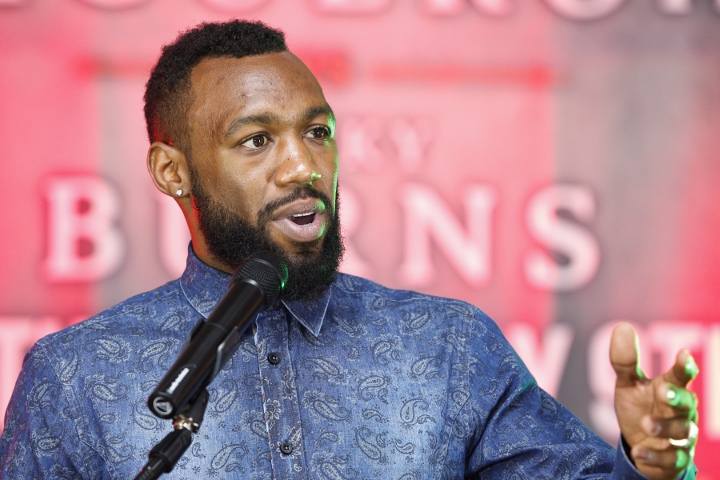 The basis of the case, is that the WBO removed Trout from their junior middleweight rankings without any justification.

After losing to Erislandy Lara in 2014, Trout requested to enter the WBO's rankings and received a number 9 position. Trout then defeated Daniel Dawson, Luis Gradeja, Luis Galarza and Joey Hernandez in a 13-month span that according to the legal papers, allowed him to climb to the fourth place in the rankings - at a time when the world champion was Demetrius Andrade.

Because the two top rated contenders - Saul 'Canelo' Alvarez and Miguel Cotto - were fighting for the vacant WBC middleweight title in November 2015, coupled with the impediment of the third-ranked Michael Soro due to contractual problems with his promoter  - it only left Trout is position for a world title shot.

But Trout claims he was eliminated from the rankings without just cause and replaced by Liam Smith, who would eventually win the vacant WBO world title.

WBO President Paco Valcarcel will be looking to have the case dismissed.

"When it appeared that our title would become vacant, Trout had signed on to face Joey Hernandez (in September 2015)," Valcárcel explained to El Vocero.

"And when (Trout) signed to fight Hernandez, he could not fight with Liam Smith [for the vacant belt]. Both Trout and Smith were removed (from the rankings) but Trout never requested that he be restored, which is his right to do so, and Smith [did request to be restored], and by our regulation we matched Smith against the next champion of the division, that was the champion of the NABO. Trout was simply committed to fighting with Joey Hernandez when the opportunity arose [to fight for the vacant belt]."

[QUOTE=PunchyPotorff;18007635]OK, thanx for clearing it up. For some reason, I always thought WBA was the first. My bad.[/QUOTE] It's a little more complicated than that. The IBU was formed in 1910, the NBA was formed in 1921 and the NYSAC…

Quote: Originally Posted by PunchyPotorff View Post Yes I know, and you bring forth a good point. I was just asking an 'in a perfect world' question as far as a non-profit central sanctioning body. [QUOTE=WBC WBA IBF;18004811]That's how the…

Hopefully he wins and there's one belt less to waterdown the sport.

[QUOTE=WBC WBA IBF;18004828]:( You have such a lack of understanding of how business works and trying to explain it to you is like trying to explain calculus to a gold fish. A waste of time. We tried. We wish you…