Gilleleje, Denmark - Super welterweight veterans Ashley Theophane (47-8-1) and Kassim "The Dream" Ouma (29-14-1) put on a fight that quite frankly wasn´t much at all.

Theophane put on a safety first performance and kept moving while Ouma looked as if he didn´t care at all in the first few rounds. But after the fifth Theophane was all about avoiding any contact while Ouma kept putting pressure on his opponent and by the ninth it was an interesting fight - and then the lights went out forcing a long timeout.

The ring lights did not come back so they had to put on the lights in the hall and the fight resumed. Ouma, fighting in gym shoes, was by now working hard but was slow and unable to get his punches home while Theophane still didn´t want to get involved.

Ouma's best days are far behind him but how much Theophane has left is an open question after this showing. 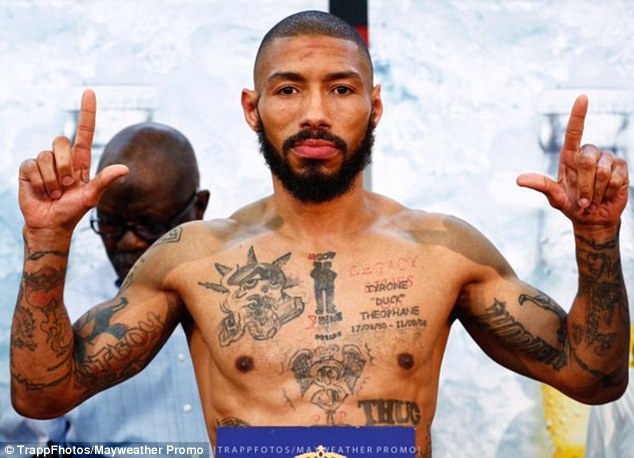 Norwegian super lightweight Jamshid Nazari (6-0) fought what must have been one of the worst fights of his career but still got a majority decision over tough Hungarian journeyman Oszkar Fiko (32-18-1).

Nazari started slowly and as Fiko got the initiative it developed into a messy, hard-fought brawl with few clean punches and lots of wrestling and holding. Fiko got the blame for all of it from the referee and had points deducted in both the fourth and fifth for holding but Nazari was just as guilty to what went down.

Jamshid bled badly from the nose in some rounds and looked shaken a few times as well with Fiko forcing the action. It was scored a hometownish 58-54 and 57-55 for Nazari and 56-56.

These guys are long removed from their prime. I remember watching Ouma on FS1 way back when. It sounded like the biggest fight for these guys was making weight more than the actual contest.

These guys are good guys but come in now, please hand them up before you start stuttering. I’m sure there are other ways of making money.