Qais Ashfaq won his first title with a points victory.

The Leeds super-bantamweight was in action at Manchester Arena on Saturday night against Joe Ham, exclusively live on Sky Sports and DAZN, as part of the supporting cast to Katie Taylor’s challenge of WBO female world super-lightweight champion Christina Linardatou and Anthony Crolla’s farewell against Frank Urquiaga for the vacant WBA Continental lightweight title.

Ashfaq, who dropped his opponent in the third round, was taking on the current Scottish Area champion at the weight over 10 rounds. 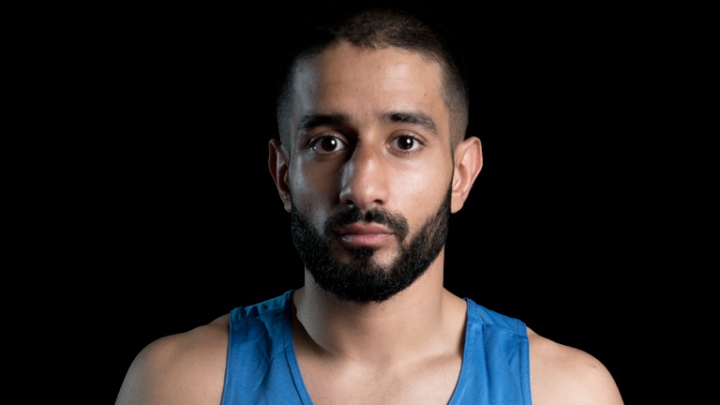 And after securing a referee’s stoppage after Ham suffered a cut over the left eye due to an accidental clash of heads, the 2016 Olympian, who fights as a southpaw, was taken to the scorecards.

The three scoring judges at ringside handed in tallies of 69-64, 70-64 and 70-63 and Ashfaq claimed the vacant WBA Continental bauble, via technical decision, ahead of what he expects to be a title-laden 2020.

Meanwhile, Hopey Price kicked off his professional career with a dazzling display against the latest product from the Spanish-based Nicaraguan journeymen conveyor belt José Sanchez.

The former seven-time national amateur champion, who won gold at the Youth Olympics last year in Buenos Aires, Argentina and is also a two-time European Games champion, is nicknamed ‘Drago’ and –– under the tutelage of Dave Coldwell –– got his first win in the paid code at the first attempt over four rounds by a margin of 40 points to 36.

Gamal Yafai entered the ring for the first time in more than a year, coming back from injury, and returned with a stoppage.

The former Commonwealth and WBC International super-bantamweight took on Lee Clayton over six rounds but got the job done inside the distance, dropping his man twice before the referee, Phil Edwards, stopped the contest after one minute and 35 seconds of the third round.

Dalton Smith got his fourth victory as a professional with an early finish.

The Sheffield man, who had a glittering amateur campaign, took out Michael Isaac Carrero after two minutes and 47 seconds of the third round.
And Nathan Farrell kicked off proceedings with a 40-36 points win over Ivica Gogosevic.

The man who is trained and managed by his brother Kieran Farrell was a class above his Croatian opponent as he had his hand raised for the third time since turning professional back in August.

[QUOTE=famicommander;20159524]What the hell is a bauble[/QUOTE] Often used British English term for a trinket, curio, etc. Meant disparagingly showing a lack of respect for all these belts floating around

What the hell is a bauble

Why isn’t this fight on TV? It’s easily the second best fight on this card.