Top Rank CEO Bob Arum revealed on the BoxNation Podcast that David Benavidez is without question a Top Rank fighter.

As BoxingScene.com reported a few weeks ago, promoter Sampson Lewkowicz, who signed Benavidez to a four year deal in 2017, is going to legally challenge Arum's claim to the Mexican fighter. 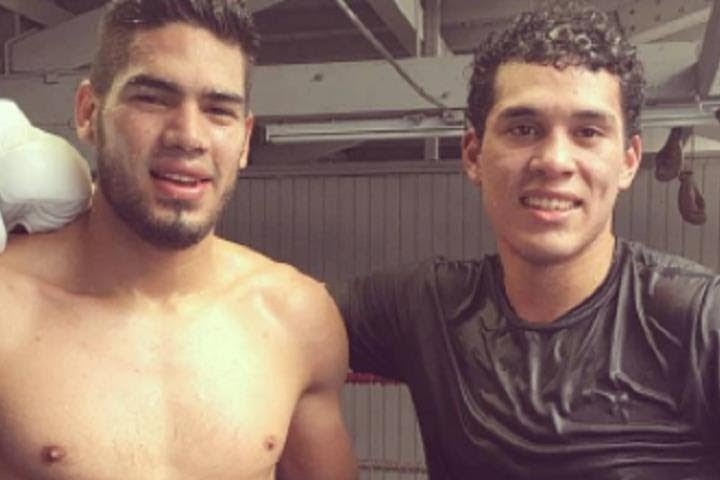 The two world champion will be headlining separate events in the coming months to build toward a unification.

"The good news is we've signed Benavidez to a promotional contract. So we will be featuring Benavidez later this summer, headlining his own card," said the 86-year-old.

"Then down the road I'm looking forward to a Benavidez fight with Ramirez for all the marbles."

Ramirez, who makes the fourth defence of his WBO crown in Oklahoma on June 30th, will be headlining his third successive show.

Arum believes the California-based Mexican is on his way to becoming a star. Unifications with the likes of Benavidez, James DeGale or George Groves would certainly help to build his profile.

"He has the talent, he has the looks. We've had a tutor with him so he's speaking very good, conversational English. He's a lovely young man and a really good fighter," explained Arum.

"I think that he has a real shot to be the next big Hispanic superstar."

[QUOTE=lanker rom;19072319]How much is top rank and golden boy getting for their deals?:firedevil[/QUOTE] Golden Boy? Really? LOL. From who HBO? They don't have an output deal with HBO. They just happen to be HBO's main provider. It isn't a set…

[QUOTE=lanker rom;19072316]my guy your in real denial. Not only did haymon negotiate the deal for vargas. It actually works against hearn because hes overpaying a fighter. Right now if im any fighter from GBP im looking at joining haymon[/QUOTE] Real…

[QUOTE=killakali;19072236]foghters change promoters/management teams all the time. U should know this. Certain promoters will prioritize certain guys and others will leave. With well over 150 fighters and only 10 more dates for big shows some mid level guys will sill…

[QUOTE=killakali;19072230]or vice versa. Haymon fighters adding promoters like Jesse Vargas did[/QUOTE] my guy your in real denial. Not only did haymon negotiate the deal for vargas. It actually works against hearn because hes overpaying a fighter. Right now if im…