Arum: Not Fair For Canelo To Fight Guy As Big As Beterbiev

PHILADELPHIA – Facing Canelo Alvarez would offer Artur Beterbiev the highest-profile, most profitable fight he could take within the light heavyweight division.

If Alvarez beats WBO light heavyweight champion Sergey Kovalev on November 2 in Las Vegas, the Mexican icon undoubtedly will be asked about remaining at 175 pounds to battle Beterbiev. But not even Bob Arum, whose company co-promotes Beterbiev, believes that’s a reasonable request.

Whatever happens versus Kovalev, the outspoken promoter considers Alvarez too small to box Beterbiev, who’s one of the most punishing punchers in boxing. 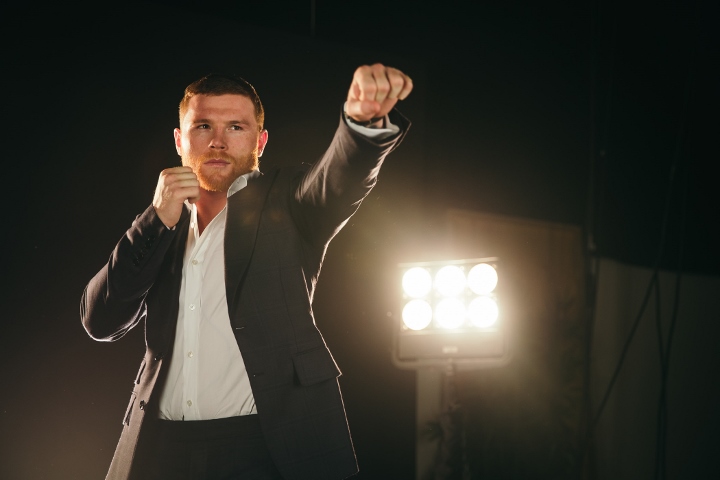 If Kovalev defeats Alvarez, Arum would be very interested in matching him against Beterbiev, a fellow Russian, in what would be a title unification fight for three of the sport’s four recognized 175-pound championships. Beterbiev (15-0, 15 KOs) owns the IBF and WBC light heavyweight crowns after defeating Ukraine’s Oleksandr Gvozdyk (17-1, 14 KOs) by 10th-round knockout Friday night at Temple University’s Liacouras Center.

“We have to see with Kovalev and Canelo,” Arum said after Beterbiev knocked out Gvozdyk. “If Kovalev wins, yeah, there’s a possibility to make that fight. But if Canelo wins, I don’t think it’s fair for Canelo to fight a guy that big.”

Beterbiev stands 6 feet even. He is the same height as Kovalev, thus they’re each four inches taller than the 5-feet-8 Alvarez.

Still, the 34-year-old Beterbiev is widely viewed as a fresher fighter than Kovalev. The 36-year-old Kovalev has lost by knockout or TKO twice, whereas the unbeaten Beterbiev’s lone sign of true trouble was suffering a second-round knockdown in a fourth-round TKO of England’s Callum Johnson a year ago in Chicago.

Alvarez, 29, has moved up two weight classes, from middleweight to light heavyweight, to challenge Kovalev at MGM Grand Garden Arena (DAZN). He has never boxed above the super middleweight limit of 168 pounds, yet Alvarez (52-1-2, 35 KOs) has been installed as a 4-1 favorite to beat Kovalev (34-3-1, 29 KOs), a career-long light heavyweight.

Arum would prefer having Kovalev as a potential opponent for Beterbiev in 2020. Top Rank has contractual options on Kovalev, however, which means Arum’s company will make a seven-figure sum from Kovalev’s career-high, eight-figure purse for the Alvarez fight.

“Kovalev is making a shi*tload of money to fight Canelo,” Arum said. “He doesn’t feel bad about [not fighting Beterbiev]. I’m delighted that Kovalev is making a lot of money. You know, it would be selfish of me to say, ‘Oh, damn it! He shouldn’t have taken the Canelo fight. He should’ve made himself available to get the sh*t kicked out of him by Beterbiev.’ ”

[QUOTE=Elastic Recoil;20160518]Lol you couldn't be more wrong! I'm mid thirties from London England and my handle is a tribute to power punchers that use the elastic recoil of muscle fibers to generate fight ending one punch power. Won't lie though,…

[QUOTE=Zaroku;20158317]inelastic collision here... never read between the lines, unless you are fluent in that art, or a hoe. your handle leads me to believe you are a student of physics.. my forte.. can you speak spanish, or hebrew, or japanese?…

[QUOTE=Elastic Recoil;20152139]Are you stupid or something? Canelo was MANDATED to fight GGG as WBC 160 lbs champion - GGG was WBC interim champion but Canelo vacated. Why? That was a collosal duck. Why then MOVE DOWN to fight Liam Smith…

[QUOTE=Calibaloc;20156931]Wow you are completely delusional. It's sad. You should be pitied not argued with. When you have a bias agenda and below average intelligence you create your own reality. Which is what you are doing. If your god GGG is…

[QUOTE=Elastic Recoil;20155777]lol just reinforces my point that you're as dense as pig sheet... typical from a guy that doesn't seem to understand that no matter what level of opposition a boxer faces there is still a fight camp to go…