Arum: Murata-Falcao In Works for Late This Summer in Las Vegas

Now that Ryota Murata has knocked out Emanuele Blandamura, promoter Bob Arum can concentrate on arranging Murata’s return to the United States.

Murata beat Brazil’s Falcao by one point, 14-13, to win a gold medal 5½ years ago in London. Falcao also is promoted by Top Rank. 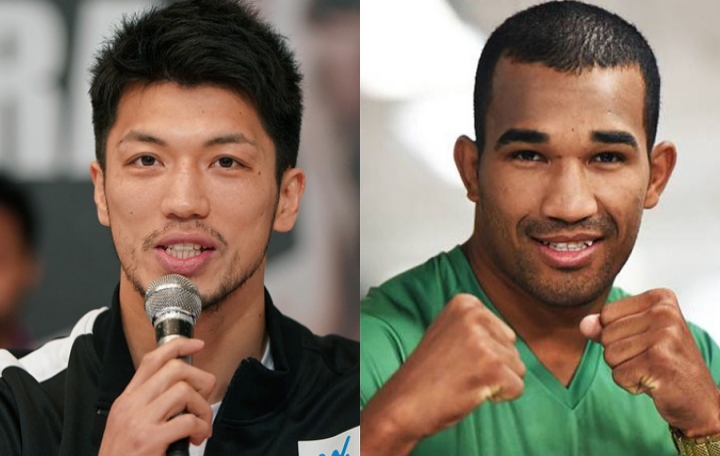 Arum added that Top Rank president Todd duBoef has had discussions with MGM Resorts International executives about bringing a bout between Murata (14-1, 11 KOs) and Falcao (20-0, 14 KOs) to an MGM property in Las Vegas either in August or September.

“The fight that everybody wants to see is Murata against the Brazilian kid, who we promote as well,” Arum told BoxingScene.com. “He won the silver medal in the Olympiad where Murata won the gold. Murata beat him by one point, so that would be a great matchup in the pros. There would tremendous interest in that fight, particularly in Japan and Brazil.

“The Brazilians will travel to Vegas, there are a lot of Japanese people here and the Japanese people would travel from Japan to Vegas to see Murata fight. Todd has had a lot of talks with MGM about doing that fight.”

The 28-year-old Falcao, who’s ranked No. 13 by the WBA, most recently recorded a first-round knockout of France’s Salim Larbi (20-9-2, 7 KOs) on March 10 in Carson, California. Falcao has fought a low level of opposition since he turned pro in February 2014.

The 32-year-old Murata made the first defense of his WBA world middleweight title by knocking out Italy’s Blandamura (27-3, 5 KOs) in the eighth round Sunday in Yokohama, Japan.

“I think he has really made dramatic improvement from the time he first started in the pros,” Arum said. “Really, I’m very, very pleased with his progress, not only as a fighter, but as a person. The American kids should have as much endorsements and outside income as this kid has. I think he’s up to 45 major sponsors for his fights.

“He is, I think, the biggest sports star in Japan – more than the baseball players. There’s a little over [125] million Japanese people and his last fight was watched live on Fuji Television by 30 million Japanese. That’s amazing. There’s nothing around the world anything like how big he is in Japan.”

Ten of Murata’s professional fights have taken place in Japan. He also has fought three times in China and twice in Las Vegas.

falco do a barrel roll!

I don't understand why none of these guys are trying to fight one another instead waiting on that ggg canelo match up. Jacobs especially because he's not mandatory to anything he's going to have to wait a long time or…