Arum: If Frampton, Valdez Win - Title Fights Await Them in 2020

According to Top Rank's CEO Bob Arum, there are world title fights at stake for two of his fighters - Carl Frampton and Oscar Valdez - if they overcome their upcoming bouts.

It was announced earlier this week that Frampton would face undefeated Tyler McCreary at The Cosmopolitan in Las Vegas, on November 30th. 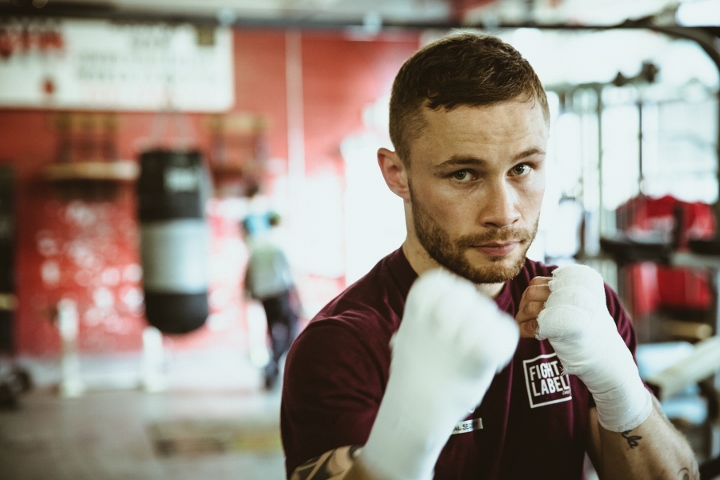 Back in August, Frampton (26-2) was forced to withdraw from a planned bout with Emmanuel Dominguez.

The entire scenario was very unusual, as Frampton's injury occurred only a few days before the fight was scheduled to take place. He fractured his hand when a large ornament in a Philadelphia hotel lobby fell on his hand.

Frampton has been out of the ring since losing a decision to Josh Warrington in December 2018.

Valdez, a former WBO featherweight champion, is making the same jump as Frampton. The Mexican Olympian is heading up to super featherweight to take on Andres Guttierez.

Arum would like to place them in world title fights in 2020.

"This is a tremendous super featherweight doubleheader and both Frampton and Valdez have their hands full against top opponents," said Arum said.

"If Valdez and Frampton both win, world title opportunities await them in 2020."

Frampton, who lost a twelve round split decision to Leo Santa Cruz in his last time out in Las Vegas, is very excited to return to the city.

"I'm delighted to be making a comeback after what's been a horrible year for my career. I didn't get the Top Rank deal off to an ideal start but coming back in Vegas is great for me, especially against a really strong opponent. It needed to be someone who would test me," Frampton said.

"McCreary is a quality opponent but if I want to be competing against the top guys in the world, which I believe I can, I need to be beating guys like him and doing it in style."

Great news! Like to see both those guys stay more active. Valdez is always a must see. Something special about him. He's got a fire in him with a lot of heart.

Not getting the Valdez/Stevenson fight for the title is extremely disappointing. Bob and espn engineered this so both could remain undefeated.

Both fights should be pretty good