Spence was in action last month, when he dominated four division world champion Mikey Garcia over twelve rounds at AT&T Stadium in Texas.

Crawford is back in the ring on April 20th, when he defend his title against Amir Khan at Madison Square Garden in New York City. 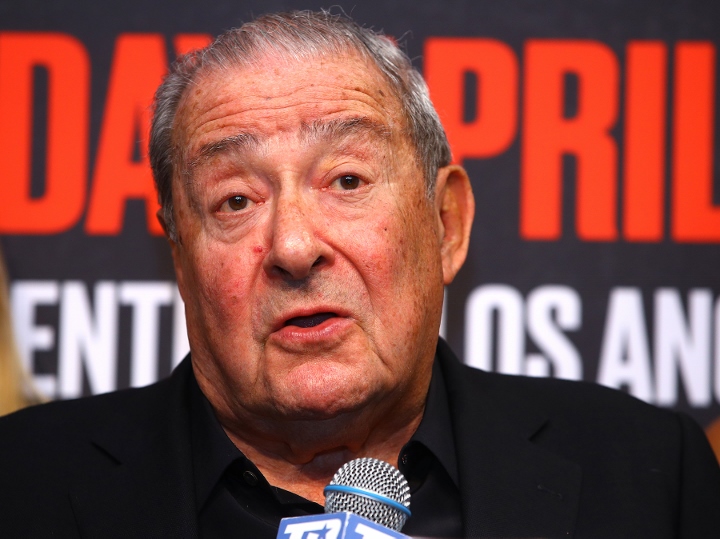 Should Crawford win next Saturday night, Arum is planning to call Al Haymon - the head of Premier Boxing Champions, who guide the career of Spence.

But Arum views Spence as the main opponent for Crawford's legacy at the weight.

“They have one fighter, Errol Spence,” Arum said to The Los Angeles Times.

“If a promoter blocks that fight, he ought to be ashamed.”

In 2015, Arum and Haymon sat down to finalize the most lucrative fight in combat sports history - when Mayweather and Pacquiao collided in May of that year, in what was a joint venture by rival cable networks HBO and Showtime.

Arum is hoping for a similar type of situation, since Crawford is aligned with ESPN and Spence is backed by Showtime and Fox Sports. A joint pay-per-view venture will be necessary to make the fight a reality.

Haymon's fighters won't fight Crawford. Same thing would be happening the other way around if Arum had the majority of the top WWs. Everything else is "promotion".

[QUOTE=dibzvincent143;19677975]It was simple deduction base on your previous answer hyping up the current thurman. Lol[/QUOTE] There you go making things up again. I didn't hype anything. I gave you the reasons why *I* want to see something. I think arguing…

[QUOTE=WBC WBA IBF;19677945]So because I didn't answer your question, you decided to lie about what my answer was? Classy.[/QUOTE] It was simple deduction base on your previous answer hyping up the current thurman. Lol Why don’t you just answer the…

[QUOTE=dibzvincent143;19677923]im asking you which one is the better fight you idiot. You just say “well it’s subjective “i didnt say anything like that” just answer it like a fkn grown up man.[/QUOTE] So because I didn't answer your question, you…

[QUOTE=WBC WBA IBF;19677876]There you go lying about what I said again. Never said what the better fight was. Said what I'd rather see. Please stop responding to me until you learn how to read. Thanks dude.[/QUOTE] Lmao because you’re not…