LAS VEGAS - The stakes could be very high for Ryota Murata (14-1) on Saturday night at The Park on the Las Vegas strip.

The fight will stream live on the ESPN+ app as part of ESPN's long term exclusive agreement with Top Rank Inc. to provide boxing content for both the ESPN network and their streaming service.

In addition to retaining his WBA middleweight title with a victory over mandatory challenger Rob Brant (23-1), a showdown against former unified middleweight champion Gennady "GGG" Golovkin could be next for the 2012 Olympic medalist. 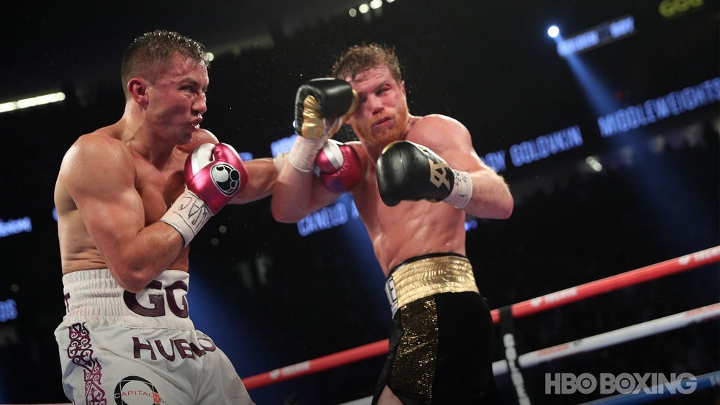 "Mr. Honda of Teiken Promotions has always stated to me that his dream is to have Murata face Golovkin in the Tokyo Dome and he feels that it will be an even bigger attraction than Mike Tyson years ago with Buster Douglas," Hall of Fame promoter Bob Arum told BoxingScene.com at Murata and Brant's media day.

Golovkin's long time association with HBO ended when the network recently announced that after 45 years they will no longer televise the sport of boxing.

Arum said that Tom Loeffler, who handles GGG Promotions day-to-day operations, will be at the fight to scout Murata and believes that he wouldn't have a shortage of opponents if he fights on ESPN.

"I can't talk for Golovkin. Only Loeffler who will be coming to the fight can do that. Golovkin may decide to go to 168 and there are plenty of guys, (IBF super middleweight champion Jose) Uzcategui, Gilberto Ramirez, so Golovkin isn't going to have to worry about opposition. Right now if Murata wins a very tough fight versus Brant I think it will be very possible that the next fight for Golovkin and the next fight for Murata will be against each other sometime next year," Arum explained.

As for how the fight would play out if it comes to fruition, Arum admits Golovkin would have the advantage but believes Murata would be a very live underdog.

"I think Golovkin is the best middleweight around. I watched the fight with Canelo like everybody else and whatever the judges felt I thought Golovkin clearly won that fight - so I think Murata would have his hands full but he feels that he can handle it. He has a height advantage. He is very big for a 160 pounder," said Arum.

[QUOTE=jcj0427;19208716]dont even bother with these Clen-elo fans. Their main argument is googling each guys face after the fight. That alone goes to show you that they DKSAB. it was a close fight and I though GGG edged it 115-113, you…

Remember those JMM Vs. Pax fights Bobby... 4th was so great. Watching Arum & Jinky crying together as Manny lay there sleeping was Godfather classic.

[QUOTE=Lomadeaux;19208593]This boxing you dumb *****. That comes with the territory. You're a complete clown. I seem to remember Canelo bleeding from his nose and his eye exhausted at the end of one the rounds late. THAT'S THE TERRITORY they're in.…

[QUOTE=Lomadeaux;19208593]This boxing you dumb *****. That comes with the territory. You're a complete clown. I seem to remember Canelo bleeding from his nose and his eye exhausted at the end of one the rounds late. THAT'S THE TERRITORY they're in.…

[QUOTE=bigdunny1;19206593]GGG fans who went to the arena with his gear on to cheer him ended up booing him as he ran out the ring like a girl with a broken face then burned his gear and joined in chants like…