He believes the former IBF, IBO, WBA, WBC world champion should instead move up to 168-pounds for an ESPN pay-per-view fight with WBO super middleweight champion Gilberto "Zurdo" Ramirez of Mexico.

Golovkin was last seen in action back in September, when he suffered the first defeat of his career by way of a close twelve round majority decision loss in his rematch with Canelo. He fought Canelo to a controversial twelve round split draw in September of 2017. 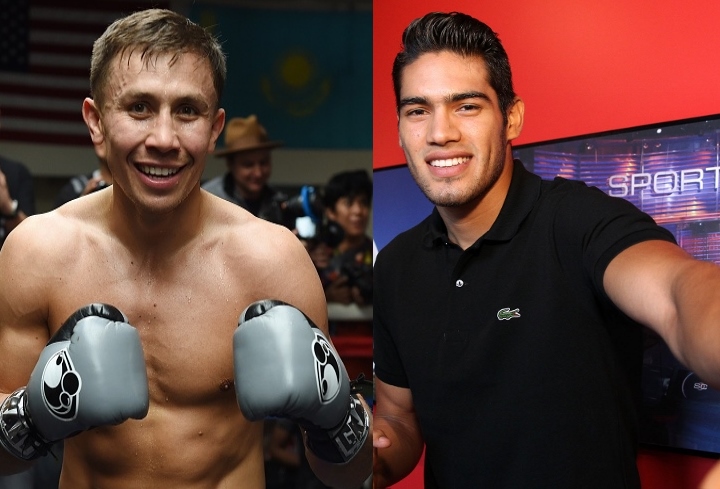 Ramirez (38-0, 25 KOs) retained his world title in June with a twelve round unanimous decision over Roamer Angulo.

He returns to the ring on December 14th, in a mandatory defense with Jesse Hart. Ramirez already won a twelve round unanimous decision over Hart in September of last year.

Golovkin is pushing for a trilogy fight with Canelo, who himself is moving up to the super middleweight division on December 15th for a fight with WBA "regular" champion Rocky Fielding in Madison Square Garden in New York City.

Arum believes Golovkin beat Canelo the first time, and he believes GGG beat the Mexican superstar in their September rematch - which is why he feels a third fight is unnecessary.

The veteran promoter is very eager to make Golovkin vs. Ramirez - if the Mexican champion retains his title next month with Hart.

"I think Canelo is a good fighter but I think Golovkin beat Canelo. It would be a better fight if Zurdo faces Golovkin. Zurdo has a very difficult fight, the rematch against Jessie Hart on December 14. But if he wins that fight, I want to see him against Golovkin," Arum said to Eduard Cauich.

Bob is just against anything that is linked to Oscar De La Hoya. Of course Canelo is nothing because he's associated with Oscar. He will go to his grave hating ODLH.

[QUOTE=kushking;19260811]Bob Arum HATES Canelo,he like Atlas tries to cover it up,then turns around & hates 24/7,just like fáglignagggi the giant Mayweather/Ggg urethra cleaner. Meanwhile he tries to plug his own 6'2" Mexican ultra cherrypicking giant that boils down to smw…

[QUOTE=genrick;19261966]I'm no fan of Bobfather either, but lil G is still a huge name as opposed to Charlo (mw) fighting GG's leftover Monroe. You're fooling yourself with this GG is past prime nonsense, then defend this silly young prime Charlo…

[QUOTE=kushking;19260811]Bob Arum HATES Canelo,he like Atlas tries to cover it up,then turns around & hates 24/7,just like fáglignagggi the giant Mayweather/Ggg urethra cleaner. Meanwhile he tries to plug his own 6'2" Mexican ultra cherrypicking giant that boils down to smw…