Artur Beterbiev: I Have No Problem Facing Dmitry Bivol

On Saturday night in Chicago, Beterbiev recovered from an earlier knockdown to score a knockout victory over heavy handed Callum Johnson of the UK. 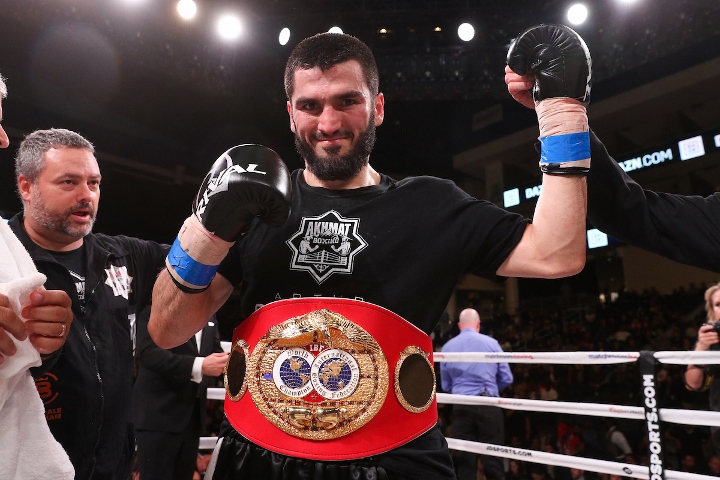 Bivol, who is scheduled to return in December, is also hoping to get himself a unification encounter.

He was hoping to face Sergey Kovalev, who got knocked out in August by Alvarez. On that same card in Atlantic City, Bivol secured a dominant decision win over veteran Isaac Chilemba.

Bivol was fighting on HBO, which recently announced their intention to drop all boxing programming at the end of year. Beterbiev is aligned with the DAZN streaming app, which carried his fight with Johnson.

"I do not have a problem facing Bivol, but I can not predict the future," said Beterbiev to The Montreal Journal.

"Boxing is a job for me. Whether it's against Bivol or another boxer, it's still a boxing match and nothing more."

Marc Ramsay, the head trainer of Montreal boxer of Chechen descent, says, "all he wants are the big challenges, that's he wants to do."

In recent weeks, his promoter Yvon Michel has raised the possibility that Beterbiev can return to the ring on December 8, since he picked up a quick win on Saturday.

However, the boxer has been clear about this potential fight - due to the legal stress with Michil.

"I do not care about his plans for me," said Beterbiev. "I am waiting to see the rest of the things with my case against GYM. If I still have contractual links with Yvon, we'll see if it's possible."

All these mofos ducking Beterbiev. He is not unbeatable, but I guess everyone is afraid of his power.

[QUOTE=g27region;19175854]His former manager Anna Reva and amateur trainer[/QUOTE] What have they said. As I see it, off course they will be pissed because they got dropped by Beterbiev who was his biggest signing and brought in the most money.

Not sure why Artur is so pissed at Michel. The man got you a championship fight within just 12 fights and four years into your professional carreer. I’m not sure Beterbiev fully understands how complicated this can be even with…

I'd love to see that fight happen, but Beterbiev's contractual situation needs sorting out first. Either he sucks it up and concedes defeat to his current promoter, or he moves his base of operations to another country and never fights…