Artur Beterbiev Back in Training After Fighting Off COVID-19

Russian boxer Artur Beterbiev, who tested positive for COVID-19 at the end of 2020, announced that he was returning to training.

Beterbiev, the WBC and IBF light heavyweight champion of the world, said he had contracted the coronavirus on December 29.

Due to the illness, the fight between Beterbiev and the German boxer Adam Deines, which was scheduled for January 30 and was going to be held at the VTB Arena in Moscow, was postponed to a later date.

"Back to training," the dangerous puncher told overseas media. 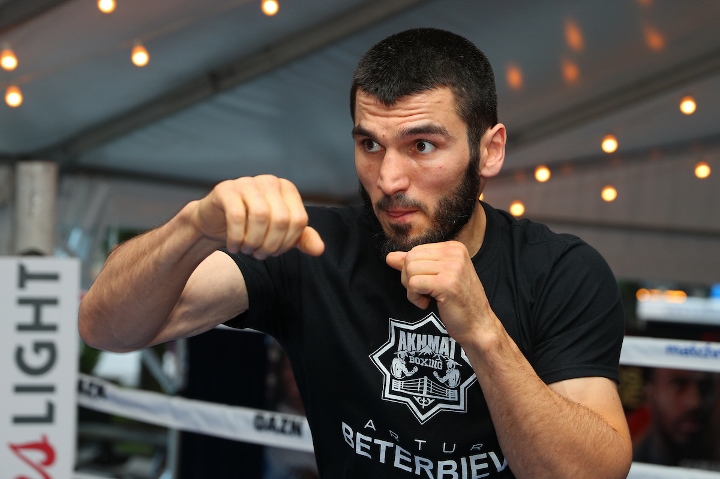 Initially, the fight between Beterbiev and Deines could have taken place in October, but the Russian fighter withdrew with an injured. Then their battle was postponed to December 11 in Moscow, but also did not take place due to a scheduling conflict with television networks.

Prior to these delays, Beterbiev had to make a mandatory defense against Meng Fanlong of China. That fight was completely called off due to traveling restrictions pertaining to the coronavirus pandemic.

Beterbiev has been away from the ring since October of 2019, when he picked up the biggest win of his career with a stoppage of Ukraine's Oleksandr Gvozdyk to unify the WBC and IBF titles.

He's hoping to get very busy in the new year, as the goal remains the same - to unification of the entire weight class.

Let’s get him back healthy. Artur Beterbiev is a beast. This is the guy who should be on the P4P lists. How is GGG over Beterbiev.

[QUOTE=Dreamking;21002211]Canelo UD over Eubank. Canelo SD over Benevidez. Canelo SD Over Charlo. Canelo TKO Andrade. The only people I can see beating Canelo are Beterbiev and possibly Bivol. Charlo and Benevidez could be 50-50 fights.[/QUOTE] Lmao.. Why Andrade gets tko?…

[QUOTE=_Rexy_;21002203]You're defiantly wrong with Eubank. That name does NOT belong with the others. Actually, only Benevidez out of those four I'd say wins. Charlo could be 50/50 with the right game plan.[/QUOTE] Styles make fights.. I believe All four of…

Canelo vs beterbiev offical announcement imminent. Beterbiev didnt look too good with his battle against covid, should be safe to fight.