Ukraine, Kiev - The goal for every established champion is (or, at least, should be) a unification against other champions. Standing in the way of that goal are numerous optional and mandatory challengers, that should be eliminated before those dreams will come true in today's world of boxing politics and hierarchy.

WBA flyweight champion Artem Dalakian celebrated a start of his third year as a champion by removing a Venezuelan obstacle Josber Perez via a hard-fought unanimous decision. If a unification remains viable is a tougher question to answer.

Dalakian, 32, a fast and elusive stick-and-mover acquired a vacant belt by retiring Brian Viloria, a flyweight icon, on his home turf. He has been solid ever since by stopping his next three opponents.

Meanwhile, WBA #12 Josber Perez has just closed his latest loss - a unanimous decision to Rober Barrera in Colombia in July of 2019. It was Perez's sole venture to a different country, and he has never faced an opponent with a pulse in his native Venezuela. But opponents of this sort are always hard to predict and to understand properly. 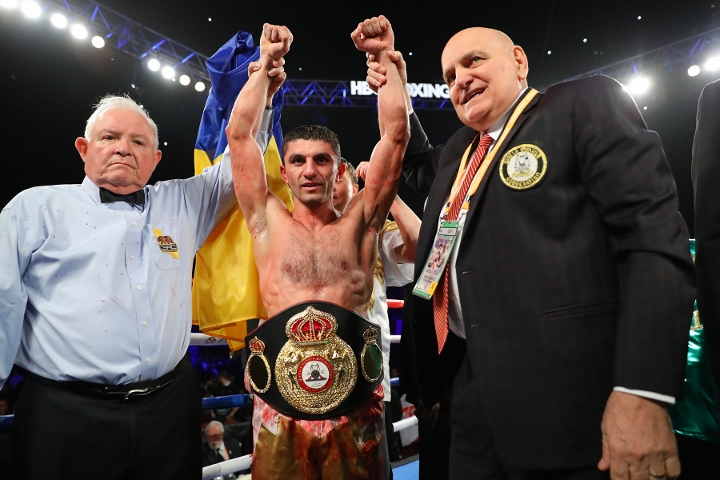 However, the first to be introduced to the theater of pain was Perez, as he ran into a huge right bomb by the champion after just a single minute and then ate several hard jabs from the laser-sharp Baku-born Armenian. Perez wasn't discouraged and did what he should - and that was pressuring the champion with his activity. That was definitely what he was taught to do, and those tactics proved to be a good weapon against Dalakian. The style wasn't all wrong but instead of smartly picking his opponent up Dalakian was forced to move laterally more than usually, and he was also forced to clinch excessively.

Perez used his aggression to smother Dalakian, and he had limited success in doing that. However, during the first four or five rounds, Dalakian was in full charge but outspeeding Perez and also scoring frequently with his jab. The Venezuelan, who was picked up as an optional challenger, did his share of damage (which wasn't huge) but he also forced Dalakian to abandon his plan A for being more passive in the ring.

Rightfully nicknamed Avalancha, Perez, who celebrated his 25th birthday just a couple of days ago, had bigger success in middle rounds. Both boxers were very rough on the inside, using tackles, sweeps, clinches and rabbit punches to punctuate their dirty tactics. Referee Manuel Javier Palomo of Spain warned both boxers several times but no points were deducted.

Perez attempted a big storm during the twelfth round but it was Dalakian who finished the fight stronger. All three judges had it unanimously for the Ukrainian: 118-110, 117-111, 117-111. Dalakian is now 20-0, 14 KOs. Perez drops down to 17-3, 15 KOs, but he put up a good fight. Dalakian, on the other hand, was forced to work surely harder than anyone thought he would.

The plan for Dalakian, which was voiced by both Dmytro Eliseev and Yuri Ruban of the Union Boxing Promotions is to match Dalakian with one of the champions left in the division. Mourthi Mthalane holds the IBF version of the unified crown, while Javier Martinez Aguilar is the WBC titleholder with the WBO belt being vacant after a recent departure of Kosei Tanaka.

The route to this is to declare Dalakian a so-called Super champion. But in fact, next for him can be a dangerous meeting with Luis "El Nica" Concepcion (39-8, 28 KOs), a Panamanian veteran, who has just stopped no other than Rober Barrera in eleven rounds this past Friday. Concepcion regained the WBA Interim title, one which he held a decade ago before losing it versus Hernan Marquez.