The Forum, Inglewood, California - In a battle for the vacant WBA flyweight title, Artem Dalakian (16-0, 11 KOs) won a twelve round unanimous decision over Brian Viloria (38-6, 23 KOs). All three judges had it 118-109 for Dalakian.

The belt became vacant with the retirement of Japan's Kazuto Ioka.

After starting well in the first round, Viloria was wobbled by a good shot and punished a bit in second round before coming back in the final ten seconds. The action was very close in the next three rounds, with both doing good work. 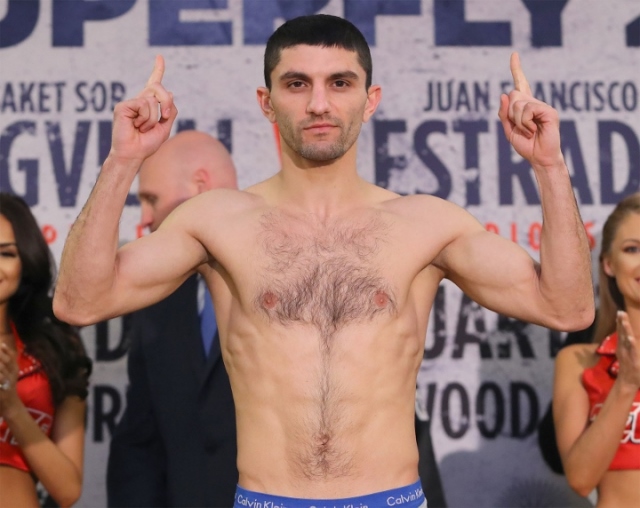 After a close sixth round, Viloria rocked Dalakian with a solid right hand in the seventh. Dalakian was able to recover as Viloria pressed him. Viloria continued to rally in the eight round, with the more solid punches coming in.

Dalakian started off the ninth with a crushing hook to the body that made Viloria hold on. Dalakian then began to land some solid shots to the head of Viloria and was tagging the veteran pretty hard. The referee took away a point from Dalakian for pushing Viloria down.

The tenth round was another close scrap, with Dalakian boxing from the distance and Viloria coming forward trying to make them fight.

During the eleventh, Dalakian came charging at Viloria and there appeared to be an elbow that landed to Viloria's head and started gushing blood from the forehead. And once that happened Dalakian was really working Viloria over with a lot of punches for most of the three minutes. Viloria was a bloody mess as he sat down from the twelfth round.

In the twelfth, Dalakian controlled the action and was landing some very hard shots as Viloria was still very bloody, with the cut streaming a river all over his face and the blood was also all over Dalakian as well.

That commentator is an embarrassment...I guess boxing is mostly followed by idiots.... Iron wall........all the fast food in America not producing small guys and probably making the Asian's healthier ...lol

This article makes the fight sound way more competitive than it was. Viloria won 2 rounds at most generous and got worked over for much of the fight.

Viloria should have won if not with the dirty tactics of the Ukranian. :usa2:

great win for dalakian ! now fight fans know who he is !