Goulamirian, who is originally from Armenia, improves to 24-0, 16 knockouts. He is the mandatory challenger to the WBA cruiserweight title, held by Oleksandr Usyk.

Goulamirian and Flanagan fought on even terms during the first three rounds, but Goulamirian closed the distance, ripping two and three-punch combinations to the head and body. 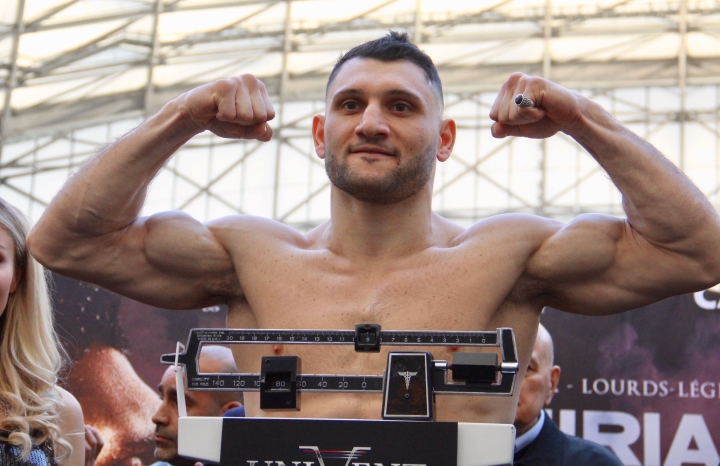 Flanagan's punch output began to drop by round four. Flanagan, who resides in Brisbane, Australia, was forced to fight defensively, raring going on the offensive with each passing round.

The 31-year-old Goulamirian battered Flanagan during the first minute of round six, landing several combinations. Even as the pace of the fight slowed down in rounds seven and eight, Flanagan was in survival mode.

Goulamirian now resides in Big Bear Lake, California, where he is trained by Abel Sanchez.

Junior middleweight Mohammed Rabii, who won a bronze medal in the 2016 Olympic Games in Rio de Janeiro, stopped Austria's Gogi Knezevic (33-8-1, 14 KOs) in the first round.