Banc of California Stadium - Super lightweight contender Arnold Barboza Jr. (22-0, 9 KOs) dished out a sustained beating to Ricky Sismundo, and Sismundo's corner stopped the bout following the conclusion of the fourth round.

Now Barboza wants a world title shot - and he doesn't care if it's Jose Ramirez, Regis Prograis or Josh Taylor. Ramirez, like Barboza, is promoted by Top Rank - while Prograis and Taylor are slated to collide in the final bout of the World Boxing Super Series.

"I want a world title shot now," Barboza said. "I want to challenge all the champions. It doesn't matter who it is, or where it takes place. All I want is to face Ramirez, Prograis, or Taylor, and I want it now!" 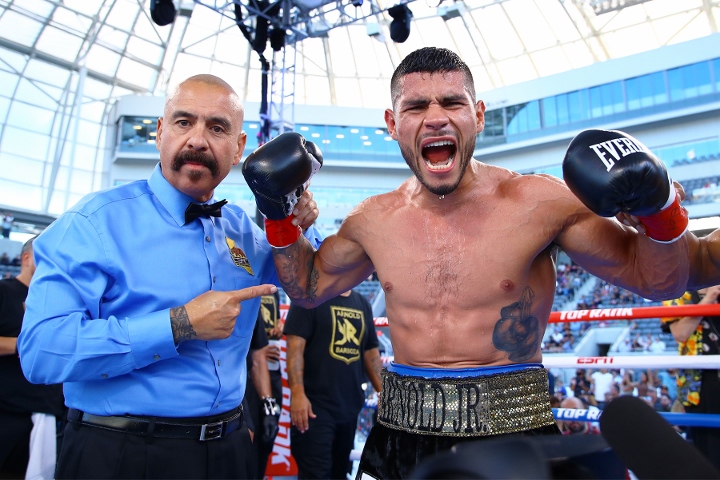 Former junior featherweight world champion Jessie Magdaleno is ready to take on the featherweight titans. In his second bout since moving up in weight, Magdaleno scored a ninth-round technical decision over Rafael Rivera after an elbow opened up a gash on the bridge of Magdaleno's nose.

Prograis will tax dat ass. Be careful what you wish for