Staples Center, Los Angeles - Arnold Barboza Jr., the local product from South El Monte, had the Staples Center crowd on his side. He sent the partisan fans home happy, knocking out former world champion Mike Alvarado (40-5, 28 KOs) in the third round.

Barboza (21-0, 8 KOs) knocked Alvarado down with a right hand. Alvarado stumbled to his feet, but he rose on wobbly legs, forcing the referee to stop the fight.

“That was a good fight, and now I want Jose Ramirez.  I want Maurice Hooker," Barboza said. "That’s what I want in my future. Alvarado is a tough guy, and I stopped him in three rounds. Hopefully, this performance will catapult me to a world title opportunity. To perform like I did in front of my hometown fans, it doesn’t get better than that.”

Said Alvarado: “He caught me with a clean, surprising shot. He just caught me. It’s boxing. Some just sneak in and do the job, you know?” 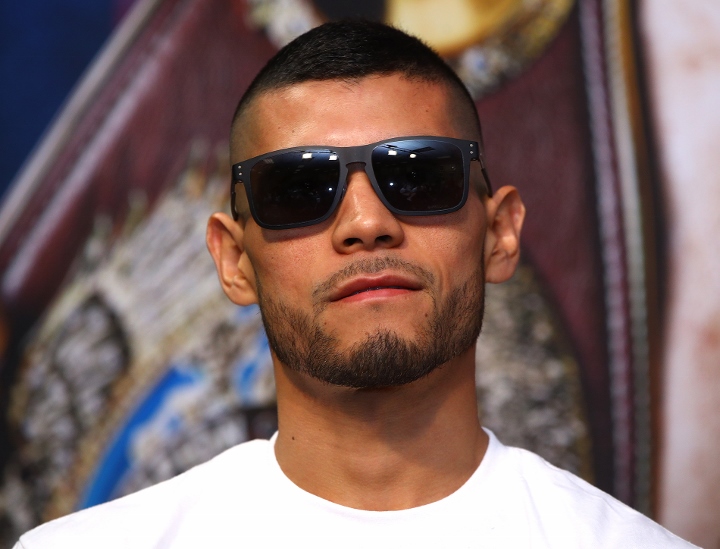 USBA welterweight champion and WBA No 1 contender Alexander Besputin (13-0, 9 KOs) moved closer to a world title shot with a dominant 10-round decision over Alfredo Blanco (20-8, 11 KOs).

He said the contender stage of his career is over.

“He had a very uncomfortable, awkward style, which made it difficult for me to find my rhythm,” Besputin said. “Most importantly, I got the win, and we can move on to bigger fights. I am a top contender now, and I am ready to fight for a world title next. Bob Arum says I can beat the top welterweights, and I know I can.”

That was Mile High he KOd, but I like his ambition.