Argenis Mendez: I Thought I Won, He Didn't Do Anything To Me

Fighting in front of his mentor Floyd Mayweather, Las Vegas' Heraldez controlled many of the early rounds by setting the pace and establishing his jab. Heraldez outlanded Mendez 126-108 in total punches and 70-30 in jabs throughout the 10 rounds.

Falling behind early, Mendez, a seasoned veteran and 2004 Dominican Republic Olympian, used his experience to grow back into the fight. The tempo picked up in the fifth round, as both fighters landed several heavy blows but the momentum shifted towards Mendez. 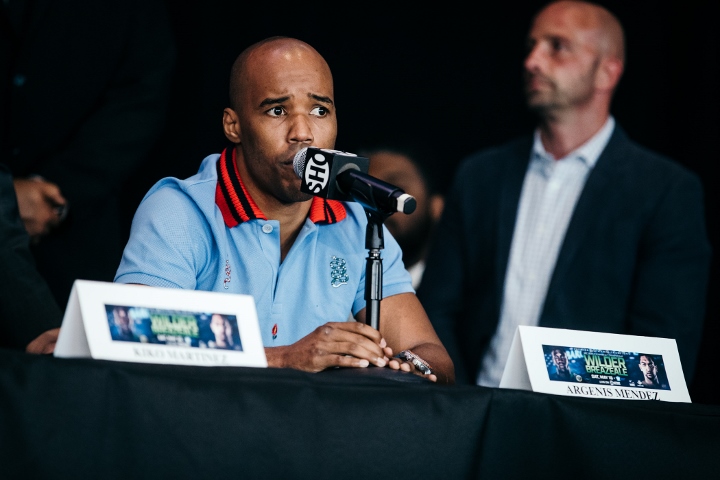 The 32-year-old Mendez, who has fought seven current or former champions, closed out the fight exceptionally strong, winning the final round on all three judges' scorecards. Without doing so, Mendez would have lost the fight.

"I thought I won the fight," said a disappointed Mendez. "He didn't do anything to me. How did he win the fight? If I have to prove I beat him in a rematch, I'll be ready. I won't leave it up to the judges.

"My speed and my power made it difficult for him. I thought my counterpunching was really good. He tired toward the later rounds and that let me get a little closer to him to get my offense going."

Similarly, Heraldez thought he did enough to win the fight which he viewed as a potential coming out party.

"I thought I won a close decision," Heraldez said. "I didn't think it was a draw. He didn't do anything that hurt me at any point.

"He wasn't really engaging with me. He was just trying to move around and pick his shots, but it wasn't anything I wasn't ready for. I'll either take the rematch with Mendez or move forward toward my goal of a world title."

It was a tricky one to score , not keen like everyone on draws but this was fair.A lot of shared rounds.