Also on the show, Puerto Rico’s Angel “Tito” Acosta makes the third defense of his junior flyweight title as he takes on Mexico’s Ganigan Lopez, once a title holder himself.

Opening the preliminary portion of the livestream, Antonio Orozco returned to the win column for the first time in just over a year with a 10-round unanimous decision over Mexico’s Jose Luis Rodriguez. Scores were 97-93 (twice) and 99-91 in the evening’s curtain raiser. 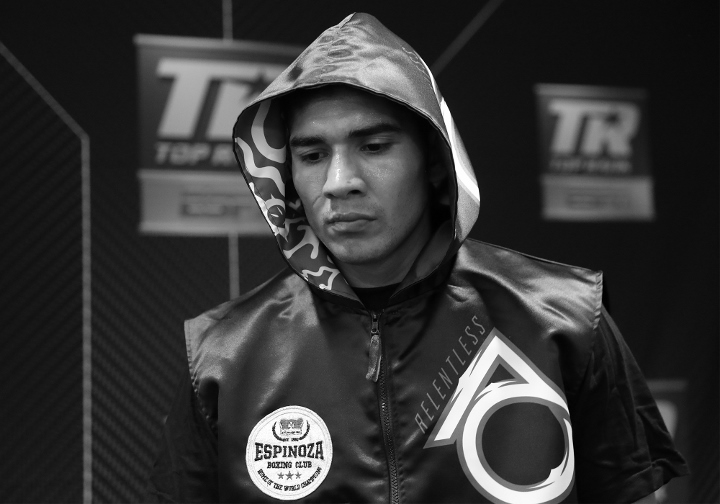 The San Diego-based super lightweight contender was fighting for the first time since a valiant but lopsided title fight loss to Jose Ramirez last September—the lone defeat of his career. It also prompted a switch in his corner, as the night also marked his first bout with Hall of Fame trainer Freddie Roach.

An immediate impact wasn’t evident, as his naturally aggressive style played well into the hands of veteran spoiler Rodriguez. Still, it was the come-forward style of Orozco which played favorably with the judges. Working behind a steady jab, the 31-year old contender controlled the pace for much of the contest, although both boxers had their say with their share of right hands.

Rodriguez had his best moments of the fight in the second half, particularly late in round seven. An overhand right whistled past Orozco’s guard and landed squarely on his chin, a shot which the house favorite took well in controlling the action the rest of the way.

Antonio Orozco is very good and is praised high by Golden Boy. I think he's down fall was failure to make weight. I'm hoping to see more of this kid!