Nieves will square off against Christian Esquivel in an eight round stay-busy bout at the Hollywood Casino in Columbus, Ohio.

Nieves (17-2-2, 9 knockouts) has not fought since losing by knockout to three-division world titleholder Naoya Inoue on Sept. 9. Nieves lost a close split decision to Nikolai Potapov six months before the Inoue fight. 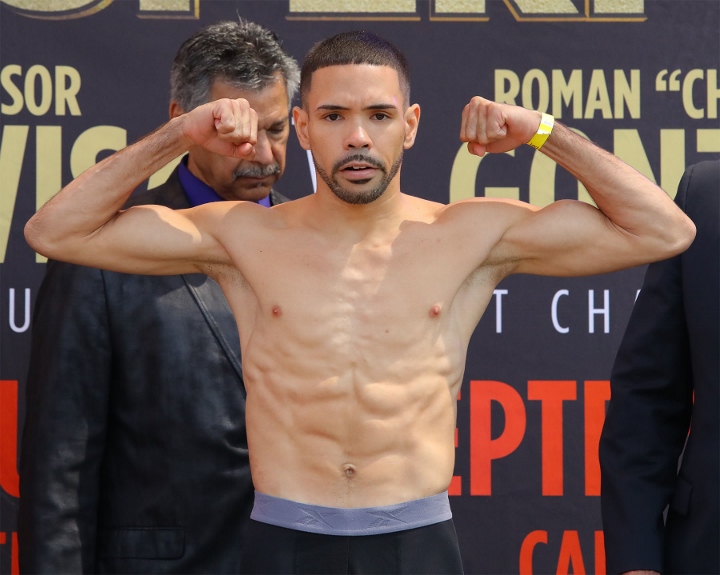 The 31-year-old Nieves also works as a banker in Cleveland, Ohio, where he was born and raised.

"I am 100 percent ready for this fight on Saturday," said Nieves, who is promoted by Dmitriy Salita. "I am excited to get back in the ring and make my way back to the top. I fought one of the most feared super flyweights in the world. It was my first trip to the weight class, and I didn't get the victory. But being there only made me more hungry. I'm coming back with a vengeance."

Nieves is co-managed by Tim VanNewhouse and David McWater.

Esquivel (30-14-1, 23 knockouts) was stopped after the fifth round of his last fight against Rico Ramos on Apr. 28. Esquivel, who resides in Temoaya, Mexico, has lost five of his last eight bouts, all by knockout.

The 32-year-old Esquivel challenged then-WBC bantamweight titleholder Shinsuke Yamanaka in September of 2011, losing by knockout in round 11.

Francisco A. Salazar has written for Boxingscene.com since September of 2012 and has covered boxing in Southern California and abroad since 2000. Francisco also covers boxing for the Ventura County (Calif.) Star newspaper.  He can be reached by email at [email protected] or on Twitter at FSalazarBoxing