Antonio Margarito Reveals Why He Left Boxing in 2017

Based in San Diego, the 'Tijuana Tornado' was a three-time world welterweight champion. He just celebrated his 42nd birthday.

The last time Margarito (41-8, 27 KOs) saw action, he won a very tough seven round technical decision over Carson Jones. Many believe Margarito was on the verge of being stopped, but the contest was cut short due to a cut that Margarito suffered around his right eye due to a head clash. 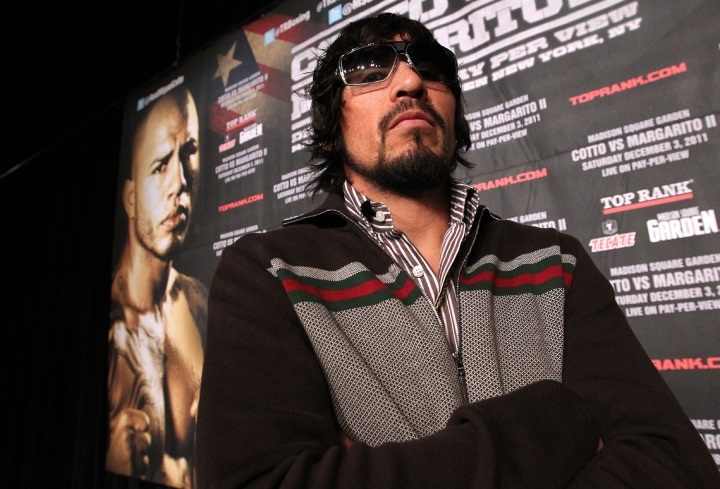 The fight with Jones was the third bout of Margarito's comeback.

He first returned to the ring, to begin his comeback, in March of 2016. The fight snapped a long layoff of over four years.

All three of his comeback fights took place in Mexico, because there were serious concerns regarding his right eye in terms of getting medical clearance in the United States.

After the fight with Jones, Margarito's comeback basically came to an end - but he never announced his retirement or said much of anything. He just quietly walked away from the sport.

"The truth is I had the desire to continue, but my body did not respond to me in the same way when I was young. I think that in my last few fights, I commented to my wife, when I was in the gym, that it was no longer the same... when I blocked the punches with my forearms it hurt. Problems began, it was no longer the same, my elbows were sore, my forearms hurt, younger fighters were coming and it was time to retire," Margarito explained to ESPN Deportes.

"I accomplished things that I never dreamed of, to fight with the best in the world. I beat many of them, not to mention the fights were I also lost, I faced some of the best in boxing in my time. I still have that satisfaction, somewhere As a child, I always mentioned it, my greatest challenge was to be a champion, I managed to do it and the plans were to win more titles. I am satisfied with what I managed to achieve."

[QUOTE=Ca$ual Fan;20492716]Actually I’m just messing up with you, not the facts. I know it was a JrMw title match but your heart is pounding so much with hate every time it’s being brought up that’s why I’m just changing the…

Seems like his eye was pretty messed up. I watched last fight and you could tell he no longer had it.

[QUOTE=Oregonian;20491910]—//—- Are you impervious to facts?? The PAC-Margarito fight [B]was for a Jr Middle Weight title! It was NOT for a WW title.[/B] It was not a “legit WW” fight as you erroneously claim. Also, Margarito had literally been destroyed…

[QUOTE=Ca$ual Fan;20491107]I never cared if it was a title fight or not. That fight was a legit WW fight with Margarito having 3 lbs extra advantage. Margarito was never a top JMW after all. WW is where he belonged. Pac…

Floyd would have ducked Maussa too.