Anthony Yarde Returns With Win, Gets Two-Round Stoppage In Spain

Anthony Yarde scored a knockout on his return from defeat.

The 28-year-old Londoner, who was beaten for the first time as a pro back in August last year, came back in Madrid, Spain.

Yarde was stopped by Sergey Kovalev at the Traktor Ice Arena in Chelyabinsk, Russia, when he challenged for the WBO world light-heavyweight title and hadn’t boxed since.

His promoter, Frank Warren, revealed in an interview just last week that he was aiming to get him in a position to fight for the vacant title, which was vacated by Saul ‘Canelo’ Alvarez after he stepped up in weight and beat the aforementioned Kovalev in November. 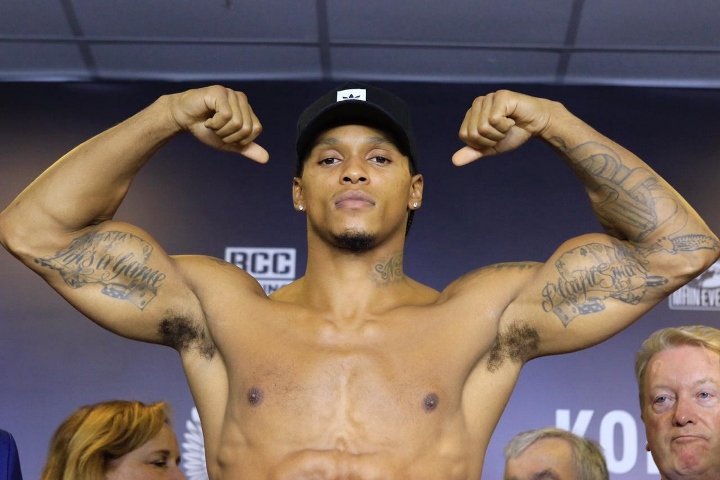 ‘The Beast’ took on and dispatched of Diego Jair Ramirez, who is now 4-49-3, inside two rounds on Saturday night at the Discoteca Memphis in Rivas Vaciamadrid.

WBO rules state you must be coming off a win to be able to be involved in their title fights –– hence the overseas six-rounder for Yarde –– and Warren and the team will be hoping that the lofty ranking that their man regained as a result of the under-the-radar victory will pave the way to a quick-fire come back to the upper echelons of the 175-pound division.

The sanctioning body ordered Gilberto Ramirez, a former WBO champion down at super-middleweight, to face ex-WBO light-heavyweight king Eleider Alvarez and Umar Salamov against Maxim Vlasov in a pair of eliminators, with the winners set to meet for the vacant belt.

But rumours are rife that ‘Zurdo’ Ramirez could withdraw, leaving a spot for Yarde to fight Colombian man Alvarez.

Yarde comprehensively outclassed his foe, flooring him with a right hook to the body in the second round before upping the tempo further to force a stoppage.

Boxing Scene understands that Yarde could be in line to feature on the undercard of the all-British heavyweight showdown between Daniel Dubois and Joe Joyce.

Dubois, 22, and 34-year-old Joyce will meet at the O2 Arena in London on April 11, exclusively live on BT Sport Box Office, with the British and Commonwealth titles at stake and Yarde could well form part of the supporting cast.

Further details regarding the next move of Yarde will be revealed in due course.

[QUOTE=Eff Pandas;20379973]People always say this but it doesn't ring true in reality. Reality says severe injuries & deaths happen in the ring when both guys are similar skilled & are both trying to win. I'm not saying they never happen…

[QUOTE=SinderellaMan;20379687]4-49?? That is insane that the man is granted a license to box. [/QUOTE] Agree. I think guys with obnoxiously bad records like this should be suspended longer after too many L's & basically slowly weeded out of the sport.…