Olympic bronze medal Anthony Ogogo has signed a deal with rising pro wrestling company AEW, according to an announcement by the company.

AEW is widely viewed as an up and coming threat to the longtime industry leader, WWE. The young company recently made their anticipated debut on TNT with their weekly program Wednesday Dynamite.

At the 2012 London Olympics in Trabzon, Turkey - he secured an bronze medal after losing a decision to Esquiva Falcao Florentino in the semi-finals.

In December of that same year, Ogogo decided to go pro and signed a promotional contract with Golden Boy Promotions.

But that talented boxer was plagued with injuries that eventually ended his career. 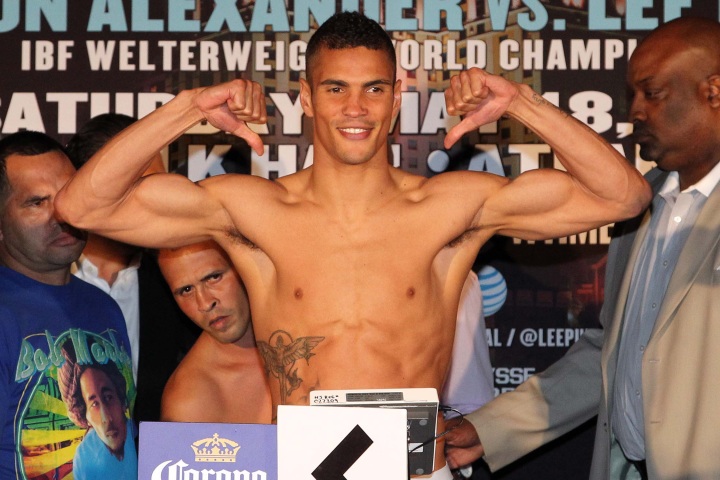 After just seven fights, he was out for a year after requiring surgery for an achilles injury. He suffered his first career defeat on October 22, 2016 at the hands of Cunningham. During the fight he was suffered a badly fractured eye socket.

He never fully recovered from the injury. He underwent two operations on his left eye and was registered as blind in that eye. Ogogo eventually announced his retirement from the sport in March of 2019 at the age of 30. He ended his career with a record of 11 wins, 7 by knockout, and the sole defeat.

Back in February, Ogogo had already considered a career in pro wrestling - and made his wrestling debut in his hometown for the World Association of Wrestling (WAW). He was also featured on Cody Rhodes's YouTube series, The Road to Double or Nothing.

"I'm seriously considering becoming a professional wrestler, I may join one of the big companies and do some wrestling because it has always been something I've enjoyed," Ogogo told EDP 24 earlier this year.

"At first it was a bit of a guilty pleasure because most kids get to an age where it's all glitz and glam and the wrestling, if you're a kid, is exciting as you don't know it's scripted. It's an amazing show and as a kid I fell in love with it. As I grew older, I thought I would grow out of it but I never have - and if anything it's the opposite, I love it even more.

"I think for me it would tick so many boxes. I have been a massive fan of it my entire life, I'm physically - other than my eyes - in the prime of my life."

AEW co-owner Cody Rhodes appeared at Saturday's Southside Wrestling event in Hertfordshire, England to announce the signing of Ogogo. Later in the show, Ogogo took part in an angle when he and wrestler MJF exchanged words. MJF dared Ogogo to punch him - which he did, laying MJF out. Ogogo would then tell MJF that he would confront him during this Wednesday's AEW show on TNT.

Other boxers, like Tyson Fury, are satisfying their desire to test the waters with pro wrestling. For the last few weeks, Fury and WWE star Braun Strowman have been engaged in an ongoing feud - which is playing on during televised angles on the WWE's flagship shows on USA and Fox. On October 31, Fury will face Strowman in a wrestling match, as part of WWE's Crown Jewel event in Saudi Arabia.

WWE may be scripted and choreographed like a overly physical pantomime, but the impacts are real enough. If medical professionals say his eye socket can't take another punch, how the hell does it stand up to a steel chair, step…

[QUOTE=Pigeons;20148241]Pro wrestling is taking a bunch of MMA and boxing guys recently. Rousey, Velasquez, Fury, Ogogo. Offered Ruiz Jr. a deal too if he is to be believed.[/QUOTE] Are they "taking them" doe. Feels like most are 1 offs &…

[QUOTE=rudy;20148296]Why did not ask his promoters golden boy 👦[/QUOTE] Good question. He never mentioned Golden Boy in the interview I seen. There really should be something in place for injured fighters, they're not all making millions.

[QUOTE=Pigeons;20148241]Pro wrestling is taking a bunch of MMA and boxing guys recently. Rousey, Velasquez, Fury, Ogogo. Offered Ruiz Jr. a deal too if he is to be believed.[/QUOTE] It's a very good thing, maybe reduce the amount of guys that…

[QUOTE=redmish;20147998]Agreed. Apparently he spent all his boxing earnings trying to correct his eyes so good luck to him.[/QUOTE] Why did not ask his promoters golden boy 👦