Anthony Joshua: Lennox Lewis is a Clown, I Don't Respect Him!

Lewis, a Hall of Famer and a former undisputed heavyweight champion, has been critical in the past of Joshua's career decisions and in-ring performances.

Back in June at Madison Square Garden in New York City, Joshua suffered the first defeat of his career when he was dropped four times and stopped in the seventh round by heavy underdog Andy Ruiz. 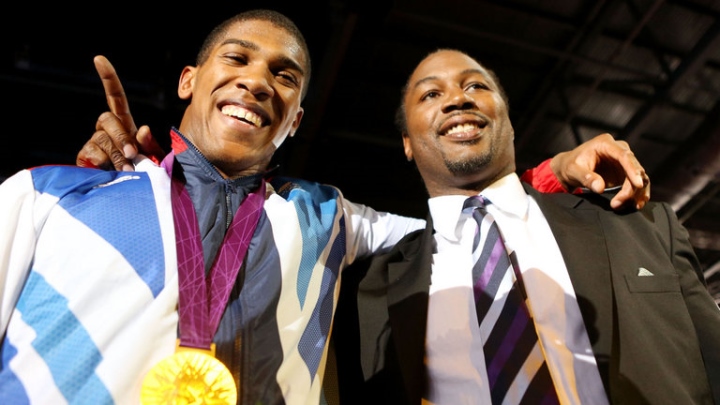 In the aftermath of that fight, Lewis took to social media and was critical of Joshua's preparation for Ruiz, and he also felt the Olympic gold medal winner was better suited to part ways with longtime trainer, Rob McCracken.

During an on-demand special for Sky Sports, Joshua hit back.

"Lennox is a clown. I don't respect Lennox," Joshua said on AJ: The Untold Truth.

"Me and Lennox are not the same. My legacy is to sit back and enjoy the younger generation coming up, and not to be involved. Just to appreciate what it takes to get there. Lennox isn't like that. Me and Lennox are cut from a different cloth."

Joshua even shot back when it was discussed how Lewis left an impressive legacy - which prompted the once-beaten fighter to state: "So? So am I."

Lewis himself was shockingly upset twice in his career, with unexpected defeats at the hands of Oliver McCall and Hasim Rahman. He avenged both of those losses.

Joshua will attempt to avenge his loss to Ruiz, with a planned rematch on December 7th in Saudi Arabia.

Should be defeat Ruiz, then Joshua will focus on becoming the undisputed champion.

"That undisputed stuff? It was right in front of me but it was one of the biggest curses lingering over my head when I was champion."

[QUOTE=nacho daddy;19993989]he aint English and Phillipines was part of US and Puerto rico but we do not call Manny an American champ and in PR champs are called PUERTO RICANS not americans[/QUOTE] I would agree with you if welsh people…

[QUOTE=musiol;20004560]Holyfield talks crap he was shot end of story am pretty sure you know that yourself look at his career bowe ko,mercer fight,and the fight with bobby before Tyson so stop spouting **** out your mouth ohh Evander says,he also…

[QUOTE=apollocreed;19989751]You’re being very biased man. I’m a Holyfield fan too, and Evander has said in interview that he hit his peak in his mid 30’s around the Tyson fights. Lewis only fought him two and a half years later, and…

[QUOTE=apollocreed;19996558]You haven't got a clue about what Scottish, Welsh or Northern Irish think - the vast majority want to be part of Britain. Are you actually aware there was a referendum in Scotland 4 years ago - they could have…

[QUOTE=nacho daddy;19996221]Britain wasn't here 500 years matey. if there ever comes a champ from india will you consider him british? you people have sunk so low from your zenith. Ireland wales Scotland etc HATE the british control over their countries…