Anthony Joshua, Joe Joyce To Spar Ahead of Upcoming Fights

Joshua is scheduled to face mandatory challenger Kubrat Pulev on the tentative date of December 12.

And Joyce will fight fellow unbeaten rising contender Daniel Dubois. Their bout is slated to take place this month, but most expect the contest to get pushed back to a date in November or even further - due to the current COVID-19 restrictions. 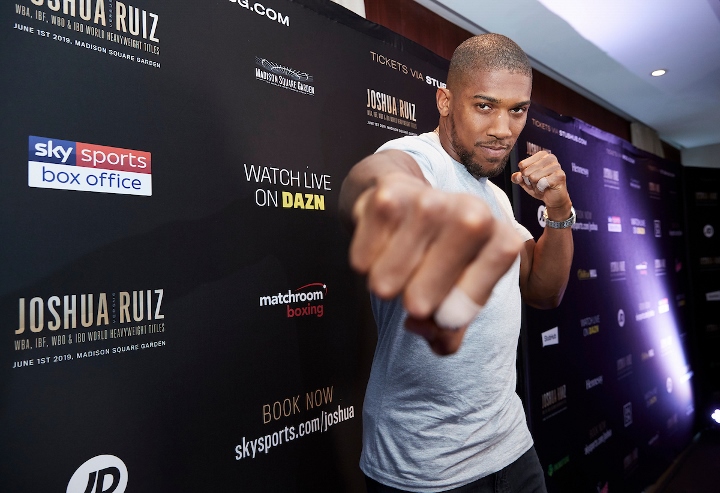 Representatives for both boxers have confirmed to Sky Sports that they would spar for their upcoming fights.

They are no strangers to sparring each other, with hundreds of rounds banked during their time in the Team GB's amateur program.

"There've been many bruising sessions over the years," Joshua's promoter Eddie Hearn told Sky Sports about the sparring sessions.

"Joe has been around for many years on the amateur scene. When AJ was coming through, Joe was one of the experienced guys and some of their spars have been fantastic. Obviously AJ went to another level, but Joe is still an outstanding heavyweight.

"I think the research will be in place to identify probably half a dozen sparring partners that will be the right style for Pulev. The sparring for Andy Ruiz, first time around, was so difficult because we had five weeks to find a short - sorry Andy - tubby, fast heavyweight with great movement. It's very, very difficult to find. We got it perfectly right for the rematch. We really brought in five or six guys that had the speed, had the movement, and replicated the style."

This will be good for both

[QUOTE=Marvlus Marv;20784219]How sparring Joyce prepares AJ for anyone is a mystery. Nobody in the history of boxing fights like Big Joe. He fights in slow motion but he sure gets the job done. Won't beat Dubois, though.[/QUOTE] You know Joyce…

[QUOTE=Lonelystoner;20785156]Why are ppl talking about wilder in this thread? You ppl are obsessed[/QUOTE] It's because they know he's much more qualified than they want to believe. The no-quit grit he displayed after Fury deployed his Hong Kong Phooey tactics was…

Why are ppl talking about wilder in this thread? You ppl are obsessed