Anthony Joshua has received an OBE in the Queen's Birthday Honours.

The 28-year-old heavyweight world champion, who currently holds the WBO, WBA Super, IBF and IBO crowns, was honoured for his services to boxing.

Joshua was rewarded with an MBE in 2013 after claiming a super-heavyweight Olympic gold medal at the London Games in 2012. 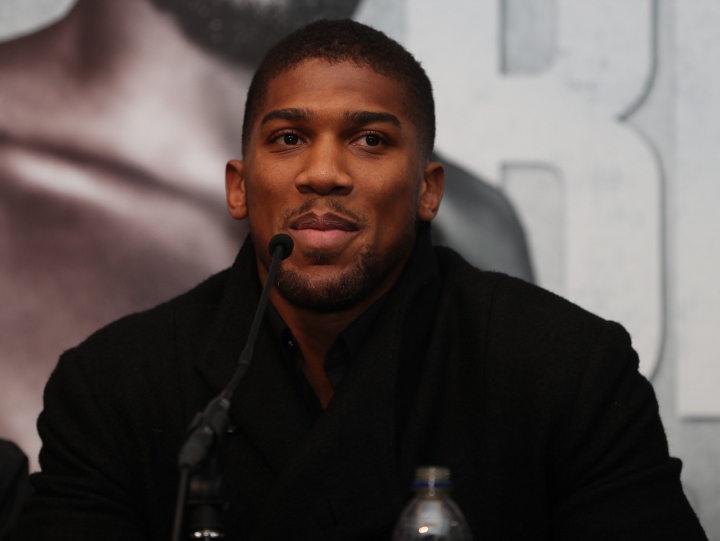 He hopes to face WBC champion Deontay Wilder, with all the major belts at stake, but admits negotiations must remain ‘realistic'.

"Everyone has seen the gold at the end of the rainbow, and everyone wants a piece," he told Sky Sports recently. "It's not a problem, there's enough in the pot for everyone to eat, but just be realistic and that's all it is.”

But if we’re talking about being realistic, the likelihood of the fight happening next is slim.

Alexander Povetkin of Russia is the WBA’s mandatory challenger and it is likely that he will be next in the ring with Joshua.

Should he fight Povetkin next, it is understood that Joshua will go into the showdown with a contract signed to face WBC king Wilder in February, 2019, with the Principality Stadium in Cardiff –– the scene of his aforementioned win over Joseph Parker as well as the stoppage win over Carlos Takam last October –– currently the front-runner to host the multi-million pound blockbuster.

Further details regarding the next fight of Joshua will be revealed in due course.

They give OBE's to cowards now?

[QUOTE=mlac;18844256]the queen just wants that BBC smh[/QUOTE] :lol1: My first thought was that they probably asked AJ to strip and give her a lap dance. I'm sure ole Harry and Willy try to keep the wives as far away from…

[QUOTE=Squ□redCircle34;18844324]Wow LMAO just look at the first few posts, nothing but AJ fan girls about to faint over an award that is a mere trinket! This man is the only fighter in history to turn down 50 million dollars and…