WBC super middleweight champion Anthony Dirrell is not going to fight again until the fall.

Dirrell reclaimed the vacant WBC title with a technical split decision over Avni Yildirim, back in February at the Minneapolis Armory in Minnesota.

During that fight, Dirrell suffered a cut above his eye from a clash of heads in round seven. After the cut got worse in the tenth, the officials decided to stop the fight. 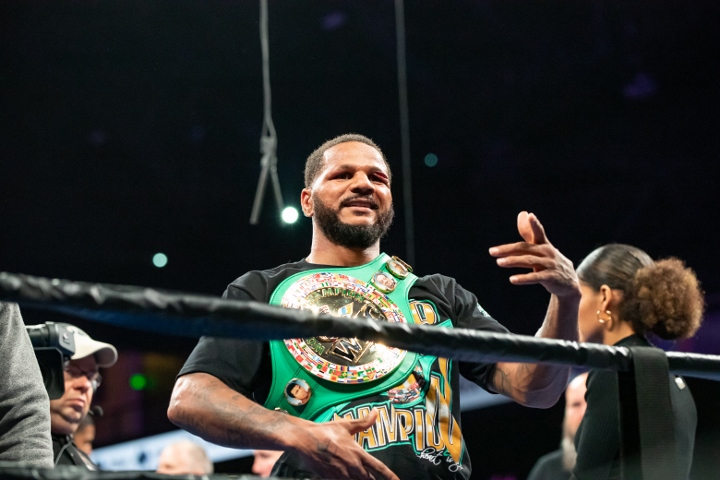 The belt became vacant after David Benevidez tested positive for cocaine in a random drug test.

“We’re still trying to let my eye heal,” Dirrell said to Mlive. "I want to let the scar tissue and everything that’s in the eye heal properly before I get in there and fight but we’ll have something soon. Probably September for sure."

The WBC recently issued an order which directs Dirrell to face Benavidez in a mandatory fight, and then the winner of that contest has to face Yildirim. Both Benavidez and Yildirim were petitioning the WBC for an immediate crack at Dirrell.

But Dirrell says there are several options like a unification with IBF champion Caleb Plant. A unification would hold more weight than a mandatory defense, according to the WBC's rules.

This is Dirrell's second title run after losing the WBC belt to Badou Jack a few years ago.

Dirrell is not entirely sure who his next opponent is going to be.

"I didn't want the first one to go but it went," Dirrell said. "But I got it back and I plan on keeping it."

“You think of the fight ahead of you,” he said. "I don’t even know who I’m fighting yet ahead of me. After that fight, you think of the next guy. You don’t look past that. The money’s got to be right.”

[QUOTE=Mammoth;19705309]Dirrell vs Benavidez is next then Yildirim gets to get knocked out by David. That's what the WBC decided from my understanding....[/QUOTE] Yeah I think you're right. As you do, I view David a couple levels above those 2 guys…

[QUOTE=Boxing1013;19705265]He should have to face Yildrim again. Sad thing though is when you do what Dirrell did, what both of the Dirrell bros do in fights, you end up having no fans. This thread is evidence of that lol.[/QUOTE] Dirrell…