Anthony Dirrell: I Want Caleb Plant, I'd Fight Benavidez Too

Referee Mark Nelson stopped the contest in the tenth round due to an accidental clash of heads and a cut over Dirrell's left eye with the decision going to the scorecards. 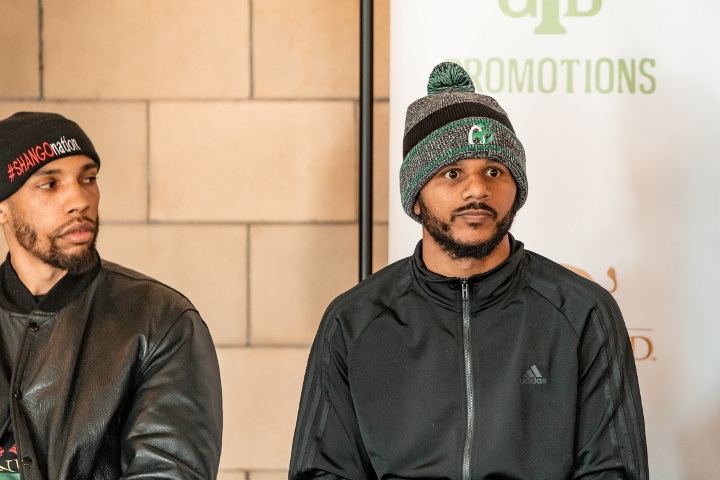 "I was upset with the stoppage because I wanted finish the fight like a champion," said Dirrell.

"It feels great getting my WBC belt back. We want to unify against Caleb Plant or any of the champions. I'm just going to go home, take some time, talk to my camp and then we'll go from there. If the Benavidez fight comes calling then I'll fight him.

"I thought I was winning this fight by more than what the judges had," added Dirrell. "I was jabbing him and he was applying some pressure, but that's just what he does. I won the fight though and that's all that matters."

Near the end of the sixth round, James landed another knockdown and this time it counted and hurt Gonzalez. At the close of round six, Gonzalez went to his corner and never came out with the fight being declared a sixth-round stoppage as Gonzalez was unable to answer the bell for the seventh round.

Yeah boxing politics is a load of bollocks.

[QUOTE=mmamachine;19537752]One thing that really irritates me on this forum is users calling fighters bums. They might not be FMJ elite but that doesn't make them a bum, you get in the ring and prove otherwise stfu with the bum talk.…

Plant is nothing special.

...this clown really don't want to fight the big-named champs...he won't last long as a champion..

What I seen last night...he doesn't beat either, not even a Punchers Chance!