Former super middleweight world champion Anthony Dirrell gets an opportunity to rejoin the championship ranks when he battles top contender Avni Yildirim for the vacant WBC Super Middleweight Championship in the main event of Premier Boxing Champions on FS1 and FOX Deportes Saturday, February 23 from The Armory in Minneapolis, Minnesota.

Televised coverage begins at 10 p.m. ET/7 p.m. PT with welterweight championship contender Jamal James fighting in his hometown for a third straight time against Janer González in a special 10-round attraction in the co-feature.

Tickets for the event, which is promoted by Warriors Boxing and TGB Promotions, are on sale now, and can be purchased at the Armory at http://ArmoryMN.com/and through Ticketmaster.

"Fight fans in Minneapolis and watching on FS1 and FOX Deportes are in for a treat with this high stakes world title showdown between Anthony Dirrell and Avni Yildirim," said Leon Margules, President of Warriors Boxing. "Dirrell has been a champion and amongst the division's elite for years, while Yildirim always comes to fight and will be determined to make the most of this opportunity. With the addition of local fan-favorite Jamal James in welterweight action, this is shaping up to be a can't miss night at The Armory." 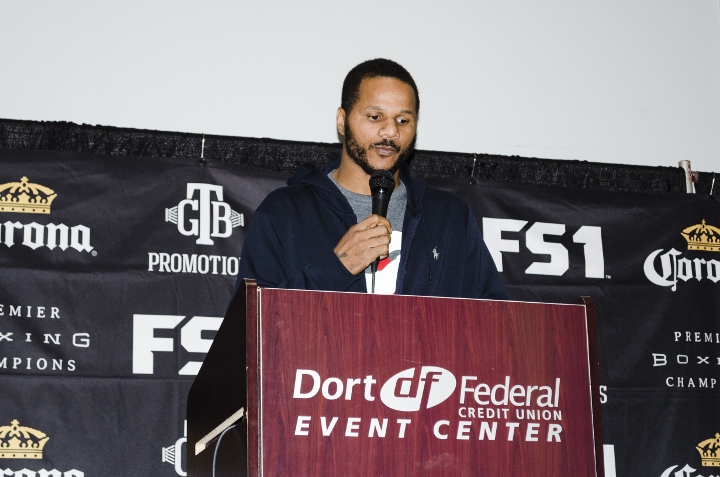 "Anthony Dirrell took a long, difficult road to get to the super middleweight championship and he has worked hard to get into position to reclaim the title,'' said Tom Brown, President of TGB Promotions. "Avni Yildirim has been one of the most active contenders in the division and he has gained significant experience since his last opportunity to win a championship. He will need all that and more to get past Dirrell. And it's going to be a special night watching Jamal James fighting for his hometown fans again."

Dirrell (32-1-1, 24 KOs) won the WBC Super Middleweight Championship with a unanimous decision victory over Sakio Bika in 2014. It was the culmination of a long, hard road for Dirrell of Flint, Michigan after he successfully battled non-Hodgkin's lymphoma and was cleared to return to boxing after completing chemotherapy in 2008. His reign as world champion was cut short when the 34-year-old Dirrell lost the title by majority decision to Badou Jack in 2015. He has won five straight since that loss to climb back into contention for a chance to become a two-time world champion.

"This is just like every other fight where we're going to work on a game plan and execute that game plan in the ring,'' said Dirrell. "I saw him fight Chris Eubank and it showed me some things. He's a come forward fighter. That's the kind of guy I like to fight. He's tailor-made for me. I'm going to do what I do best and that's fight. I've been keeping my mind, body and soul together and staying focused to know what I have to do to become two-time WBC champion.''

Yildirim (21-1, 12 KOs) is one of the most active contenders in the super middleweight division. The 27-year-old from Istanbul, Turkey has fought at least four times a year since 2014. The fight against Dirrell will be only the second time that he has fought in the United States after defeating Glen Johnson in Miami in 2015. Yildirim suffered the only loss of his professional career by stoppage against Chris Eubank, Jr. in 2017. In his last fight he won a majority decision against Lolenga Mock and he enters this fight on a five-fight winning streak.

"I'm very thankful to everyone who helped me get this opportunity and I know that I have all the tools to beat Anthony Dirrell," said Yildirim. "Dirrell is a good fighter, but I believe I bring more to the table than him. I'm coming to win and bring the belt home to Turkey. I waited all my boxing life for this stage and I am ready to give him a war."

James (24-1, 11 KOs) has become a local favorite and will be fighting in front of his hometown crowd in Minneapolis for the third straight time. The 30-year-old James has rolled off four consecutive victories since suffering the first loss of his career - a unanimous decision loss to Yordenis Ugás in 2016. In his last fight James stopped Mahonry Montes by knockout on August 24 on FS1. Gonzalez (19-1-1, 15 KOs) is a power-puncher from Cartagena, Colombia and is coming off the first loss of his career via a unanimous decision to Radzhad Butaev in 2017.

"I'm hungry to make 2019 the year that I get that world title," said James. "I'm focused on my opponent, but in this fight I'm going to keep showing off the skills and speed that makes me the next champion. I'm extremely grateful to be fighting again at home and to keep bringing PBC to Minneapolis. I'm going to be the next champion from here and the journey starts fresh for 2019 when I step into that ring on February 23."

"I'm excited for this opportunity to fight Jamal James in his backyard and leave all his hometown fans disappointed," said Gonzalez. "I'm training harder than ever to bounce back from my loss and show everyone what I've learned. This victory is going to put me back on the path to becoming word champion."

this might actually be the worst world title fight in recent history, even charles martin v glazkov was better :lol1:

How the hell does a Darrell get another easy title shot against a bum?

Dirrell should win. Yildrim had a bit of a buzz about him because of a sparring story before the WBSS, but I don't see him bothering Dirrell too much.