The potential of Anthony Cacace (18-1, 7 KOs) was finally fulfilled tonight, in Birmingham, as he wrestled the British super featherweight title out of the hands of Sam Bowen (15-1, 11 KOs).

The 12-round fight went the distance and ended with a split decision verdict for the Belfast man to give him the third professional title of his career. Howard Foster and Steve Gray ruled in favour of Cacace 115-113 while, for the second week running, Terry O’Connor’s scorecard will be the subject of raised eyebrows with a 115-112 for Bowen. This follows on from his confusing 117-111 for Callum Smith against John Ryder last weekend in Liverpool.

Scorecards aside Bowen and Cacace played their part in a chin-rattling and physically demanding contest which the latter seemed to edge with his more accurate shots. 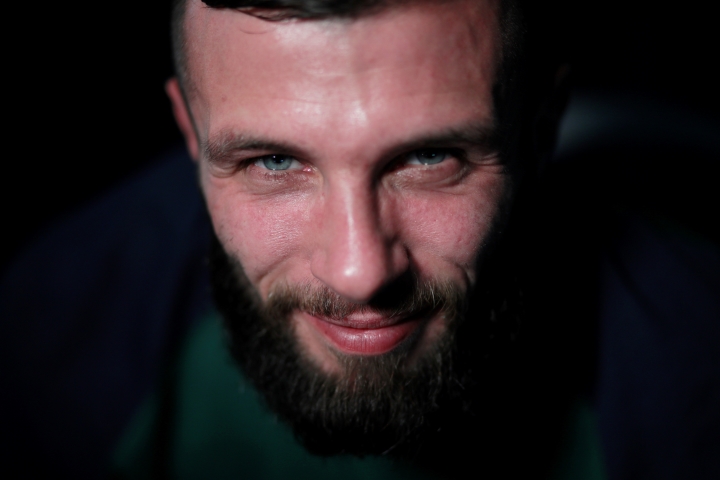 From the opening bell it looked like a battle of how Cacace’s skills on the outside would fare against the hustle and bustle of Bowen on the inside. The Northern Irishman threw that out the window during long periods of the fight willing to engage with the champion, who many thought would be the stronger of the two.

Cacace’s right hand was finding a home as often as Bowen’s body shots were, in the opener. Bowen’s left eye became marked up in the second session which gradually got worse as the fight wore on.

Ibstock’s Bowen, however, never relented and landed a high left which jolted Cacace in the third. Both men thumped away at one another throughout which prompted a smile and a gesture of respect between the two as round three came to an end.

Referee Marcus McDonnell was on Bowen’s case warning him to keep his shots above the waist and could have found himself warned for further misconduct with his continuous punching to the back of Cacace’s head. Cacace was no saint himself ducking at times far too low and turning on Bowen prompting the illegal shots. Bowen would have a point deducted for use of the head, much to the dismay of the punished fighter.

Cacace, known for his power, was hitting Bowen with his best shots after six rounds. The switch hitter maybe wondered what he might have to do to put a dent into his steely opponent but homework beforehand would have shown that Bowen had never been dropped as an amateur or as a professional.

Bowen, arguably, had his best round in the sixth with an output that was sensational. As he went back to his stool, trainer Carl Greaves told him “You’re getting to him, he’s absolutely knackered.” While Cacace’s trainer Harry Hawkins roared his man on reminding him that he hurt Bowen with the body shot.

Cacace began to move in and out catching Bowen who ploughed forward regardless, undeterred by whatever was coming at him. The champion’s left eye was beginning to swell badly which Cacace took full advantage of going back to the jab and ensuring he was an elusive target for the remaining rounds.

Cacace’s continued success with his right hand continued  in the eighth, while moving well and flicking out the jab. The beginning of the ninth saw Bowen come out with real purpose and worked as hard as he did in the sixth, showing an engine that continued to move at a high pace.

In the championship rounds Bowen was looking to hit any part of Cacace that moved. Both men began to look ragged in their work but Cacace was more accurate and got out of harm’s way much quicker than Bowen did.

Bowen sprung into action in the final round likely knowing he needed a knockout and with each man swinging widely it was Cacace who landed the more telling shots. He would drop to his knees in celebration as the scores were read out. A stop-start seven year career, including 12 months out in 2018, was finally rewarded with the Lonsdale belt.

Fight was certainly an ugly one but a hard fought victory.

Apparently they almost did it to him again, good to see this decision going his way. He was robbed blind against Joseph Ward.