Angulo: I Was Ready For Benavidez Before, Much More Prepared Now

Alexis Angulo was less surprised to have received the call for a rescheduled title shot versus David Benavidez than when the opportunity first came around.

The streaking super middleweight contender earned one of the more significant wins of his 10-year career after outpointing previously unbeaten Anthony Sims Jr. this past January in his adopted hometown of Miami, Florida. The pre-Super Bowl victory was his third in a row following a title fight loss to then-undefeated super middleweight beltholder Gilberto ‘Zurdo’ Ramirez in June 2018. 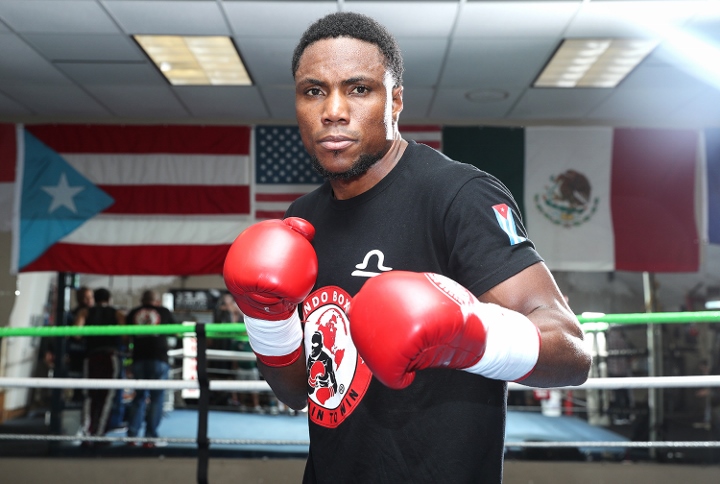 It was also enough to deliver a second crack at the crown, even if not a lot of time to brace for the moment.

“I was surprised the first time they called me for the fight because it was on short notice,” Angulo (26-1, 22KOs) told BoxingScene.com of his previously scheduled April 18 clash versus Benavidez (22-0, 19KOs). “Had the fight gone through, I would’ve only had around 30 days to fully train for the opportunity.”

The previously planned clash in April was due to take place in Benavidez’s hometown of Phoenix, Arizona. The event was shut down due to the ongoing coronavirus pandemic, but has since resurfaced as the main event of a Showtime Championship Boxing tripleheader this Saturday from a crowdless Mohegan Sun Casino in Uncasville, Connecticut.

“Even when they canceled the fight, I kept in shape until we were able to return to the gym,” notes Angulo. “By the time the gyms reopened here, we were notified that the fight was going to happen this summer. I stayed ready, remained confident that the opportunity would come back around.

“I feel a lot better in condition and training. I was ready for Benavidez before but I’m much more prepared now with a full camp since we had to end camp so early last time due to the coronavirus.”

I'm really excited about this fight! Benavidez has matured alot where Angulo is no easy task at all. Angulo packs a punch to say the least and can sucker his opponents into it. I like both these guys and it…

After seeing Angulo in the Ramirez and Sims fights, Benavidez is most likely gonna destroy him.

I smell an upset!

WHEW I thought this way about Alfredo Angulo...Him vs Benevidez? I couldn't imagine the a.s.swhipping. Thank God I was wrong!

Ángulo is a solid contender. It’s a good opportunity for Benavidez to show people if he’s grown and improved. A KO/ TKO isn’t necessary but it would be great. I expert Angulo to rough Benavidez up and for the champ…