Angelo Rottoli Passes Away at 61, Loses Battle With Coronavirus

Former EBU cruiserweight king and WBC world title challenger Angelo Rottoli has passed away at the age of 61 after a losing battle with the coronavrius. Italian media writes that Rottoli´s mother and brother also passed away due to the same disease.

Rottoli began his career as a heavyweight in 1981 and went 3-0-1 against the tough Guido Trane - three of those fights were for the national title and were all very close and hard-fought all the way.

In 1985, Rottoli, who was a "small" heavyweight, relinquished the national title and dropped down to the then newly created weight division called cruiserweight.  He challenged WBC champ Carlos De Leon in 1987 but was stopped on cuts in a fight where he was trailing on points at the time of the stoppage.

In 1988 Rottoli beat Bashiru Ali to win the WBC Int´l title and in 1989 he stopped Norwegian Magne Havnaa and won the vacant EBU title. He lost the title to Anaclet Wamba in his first defence and retired in 1990 with a 29-3-2 ledger. 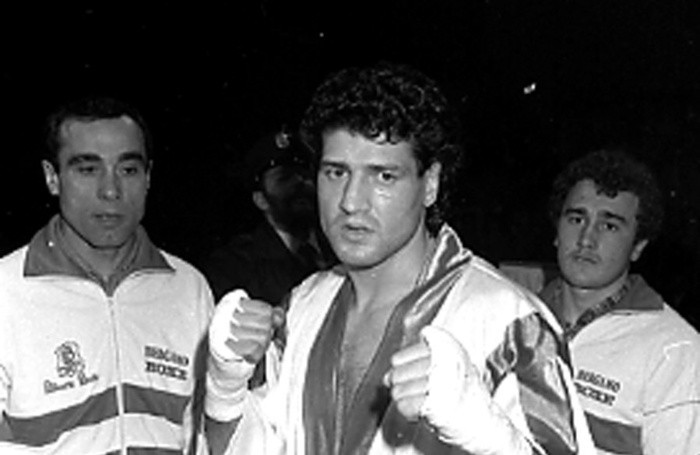 IN OTHER NEWS: Former German super welterweight and middleweight champ Frank Reiche has passed away at the age of 70 due to cancer.

Reiche fought professionally from 1969 through 1978 and went 29-11-3 and challenged for the EBU 160 lb title in 1976 but lost to Bunny Sterling and later that year he was in against the likes of Emile Griffith and Alan Minter.

In his sole fight in the United States he was stopped by Ronnie Harris.

So so sad, RIP with your family what an absolute sin to lose a generation through this horrible disease. Everyone should take note of how serious this actually Is. Stay safe

This is getting more serious by the minutes. I admit that I don't know him, but I am paying respect and try to dig and see who is Angelo Rottoli. Rest in Peace Champ and hope you reunite with your…

Regardless if you know who he was or not the fact that people are dropping like flies (all ages) from this damn virus is crazy.