Another night, another entry into the Puerto Rico vs. Mexico rivalry for Angel Acosta.

The reigning junior flyweight titlist from Puerto Rico will next defend his strap versus Mexico’s Elwin Soto. Their fight will stream live in DAZN in chief support to a similarly themed main event, as his Boricua stablemate Alberto Machado attempts to avenge his lone career loss versus Calfornia’s Andrew Cancio in their 130-pound title fight rematch June 21 at Fantasy Springs Casino in Indio, Calif. 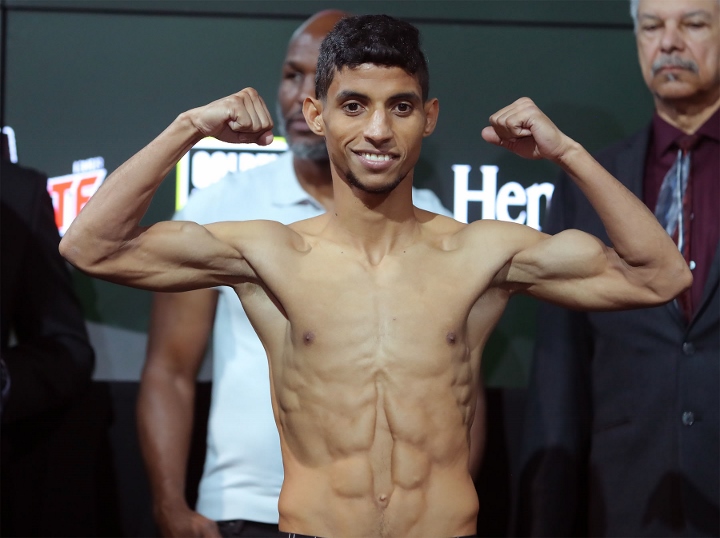 Acosta (20-1, 20KOs) is less than three months removed from his most recent win, an 8th round knockout of former titlist Ganigan Lopez in this very venue this past March. The only change presented to the lean knockout artist was making weight, initially struggling to squeeze into a 108-pound frame but eventually coming correct and tearing through Lopez to register his third successful title defense.

Dating back to his title-winning effort over Juan ‘Pinky’ Alejo in Dec. 2017, Acosta will now enter a title fight versus a Mexican opponent for the fourth time in his last five starts. The lone exception came in his first title defense, scoring a 12th round knockout of Nicaragua’s Carlos Buitrago last June.

The lone loss of Acosta’s career came in what was also the only time he’s been extended to the final bell, dropping a 12-round decision to the excellent Kosei Tanaka in May 2017. The win for Japan’s unbeaten Tanaka was his last at junior flyweight, moving up to flyweight where more than a year later he’d win a flyweight title to become a three-division titlist after just 12 pro fights, matching Vasilily Lomachenko as the quickest to do so.

It was thought after his last fight that Acosta would eventually follow Tanaka up the scales, but insists that making weight won’t be an issue this time around.

“Keeping him as active as possible helps tremendously,” Perez notes, with the bout being Acosta’s fourth in a span of 53 weeks.

Awaiting him on June 21 is Soto (14-1, 10KOs), a 22-year old slugger from Mexico who fights in the United States for just the second time in his career. His only other trip north of the border also resulted in his lone career loss, which came in Palm Springs, Calif. in just his third pro fight.

Soto’s first title fight represents a massive leap in competition, although it comes on the undercard of a rematch to a fight that produced one of the year’s biggest upsets. Cancio arose from the canvas to thrice drop and eventually stop Machado to win a 130-pound title this past February, in just his third fight back after having retired more than two years ago.

“Our team never takes a fight lightly, but if we needed any reminder of anything happening on any night, it came (in Machado’s loss),” points out Perez.

Never heard of elwin! Hopefully he can pull the upset!