Andy Ruiz To Tyson Fury: You're Not Mexican, Rep Your Country

Fury is headlining this Saturday night against undefeated Otto Wallin, during Mexican Independence Day weekend, at the T-Mobile Arena in Las Vegas.

Mexican superstar Canelo Alvarez was due to be the big headliner this weekend, but he pushed back his return to a later date in the year. 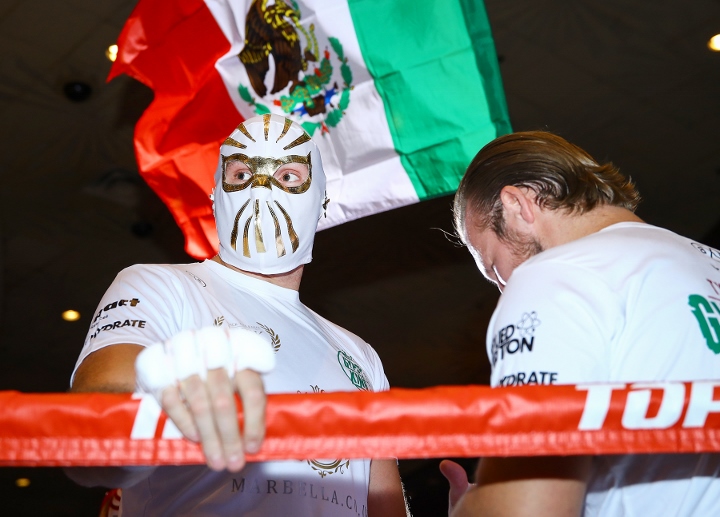 Fury, embracing the Mexican colors, waving the country flag and wearing a lucha libre mask, has raised the eyebrows of Ruiz, who in June became the first Mexican boxer to capture a heavyweight title.

Ruiz has been on the receiving end of Fury's verbal jabs for several months. Fury has been needling Joshua about losing to a "fat guy" and making other statements about Ruiz's weight and appearance.

In a recent interview, Fury explained that Ruiz would be an easy assignment in the ring, so easy that the unbeaten boxer believes he could achieve victory with only one hand.

[QUOTE=MexicanStyle#1;20058662]Moron!!! A Mexican is the mixture of Spanish and Indian whether Aztec, mexica, toluca, olmec, etc... I have red beard, light skin, brown eyes, but am Mexican... moronic Americans know about other countries thru main stream Hollywood movies... and bs…

[QUOTE=Mooshashi;20051867]California was stolen from the Spanish by the Mexicans. If you think Ruiz looks anything like an Aztec or Mayan then you better look twice. I do not have access to his DNA figures but I would bet...based on skin…

[QUOTE=Jab jab boom;20051896]but some of Mexico greatest fighters have quit ie Chavez & morales[/QUOTE] As any other great boxers of any other nationality... but more Mexica s fight and go out on their shield then quit...

[QUOTE=Scooby817;20052064]Cali is part of US now[/QUOTE] Hahaha.... go and ask trump and caucasian people what they see when they look at you... I think your comment applies more conversely... you are Mexican whether you like it or not... now ask…