BoxingScene.com has been advised by sources that heavyweight contender Andy Ruiz (31-1, 20 KOs) has signed on with powerful adviser Al Haymon.

Haymon works with well over a 100 other fighters and is the founder of Premier Boxing Champions, who have content deals with Showtime and Fox Sports.

Ruiz, who is trained by Manny Robles, was last seen in the ring back in July of 218 when he won a ten round unanimous decision over veteran Kevin Johnson. 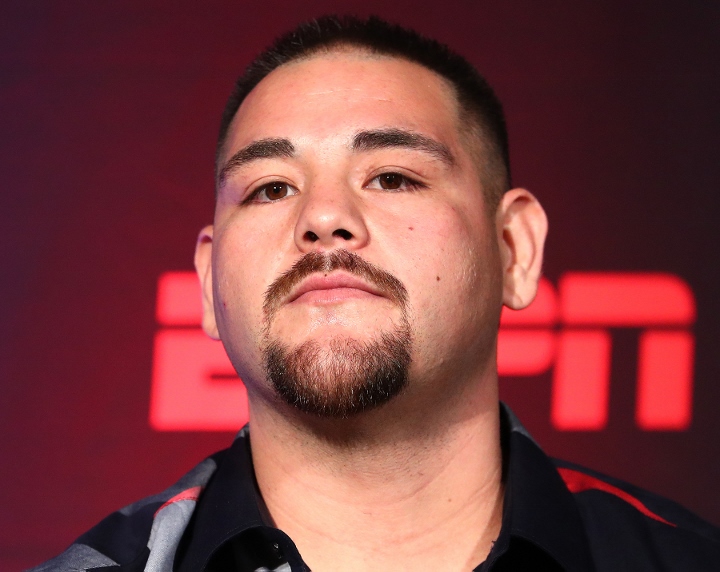 According to sources, Ruiz bought out the remainder of his promotional agreement with Top Rank.

In his biggest fight to date, Ruiz traveled to New Zealand in December of 2016 to fight for the vacant WBO heavyweight title - and lost a razor close twelve round unanimous decision to a then undefeated Joseph Parker. Ruiz and his trainer at the time, Abel Sanchez, felt they were robbed on the cards.

Ruiz has power and fast hands, but the biggest criticism on the fighter is his weight - which goes up and down from year to year. Over the last few years, Ruiz's weight has ranged from 272 to 248. He weighed 252 for his fight with Johnson.

[QUOTE=_Rexy_;19426195]no doubt. ENDS Dominic with that defense. Andy gives trouble to any HW not in the top 3 IMO.[/QUOTE] I'm hoping he fights at least 3 times this year. He wasted way too much time sitting on the shelf with…

[QUOTE=Santa_;19425065]Ruiz would beat the brakes off of Breazeale.[/QUOTE] no doubt. ENDS Dominic with that defense. Andy gives trouble to any HW not in the top 3 IMO.

[QUOTE=Mastrangelo;19426120]He fought one world class opponent... was in best shape ever - still his conditioning costed him the fight. So yeah, He's not in real shape for World Class Athlethe by any means.[/QUOTE] Ruiz beat Parker is a pretty popular…

[QUOTE=_Rexy_;19424727]have you ever watched the guy fight? or just looked at him with his shirt off? This isn't professional bodybuilding. Andy is in shape, and he's faster than most heavyweights.[/QUOTE] He fought one world class opponent... was in best shape…