A group of businessmen have shown interest in bringing an Andy Ruiz fight to Mexico, including, if conditions permit, a rematch with Anthony Joshua by the end of 2019, according to what the national boxing commissioner Miguel Torruco stated to ESPN Deportes.

'Andymanía' was unleashed in the country when Ruiz recently visited Mexico, and that generated the interest of entrepreneurs who asked the National Boxing Commission for their collaboration to show a formal interest.

In just under two days of stay in the Mexican capital, Ruiz had meetings with the likes of Benjamín Salinas, CEO of TV Azteca, and business icon Carlos Slim, as well as a meeting with the president of the Mexican Republic, Andrés Manuel López Obrador. 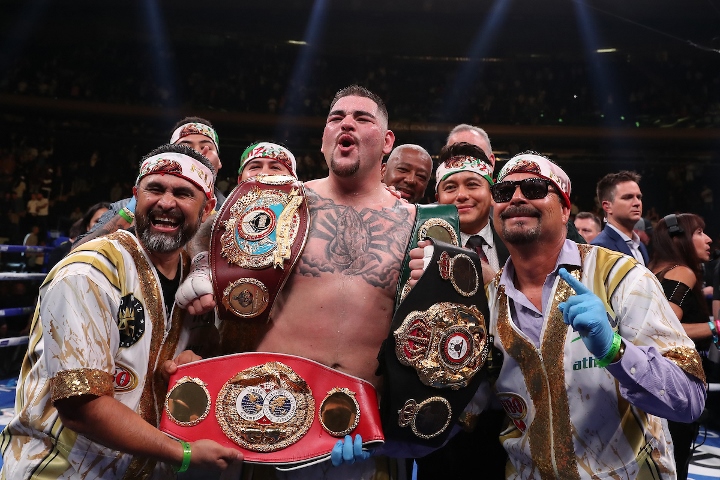 "His success story is a great symbol of motivation for all Mexicans, because in him we saw the determination and the sense of worth of a Mexican. As you yourself saw it in your recent visit, the people of Mexico recognize and applaud his victory," Torruco said.

"This is why the Office of the President of the National Boxing Commission, in coordination with the private initiative, extends a cordial invitation to him to consider defending his titles as a heavyweight champion in Mexico."

The businessmen expressed their interest, and they know that the possibility of making the Joshua rematch in Mexico is complicated by the details included in the rematch clause, which for now point to the second fight taking place on British or American soil.

If they are unable to secure the rematch, they would like to secure a future title defense involving Ruiz.

[QUOTE=BangEM;19843558]Suck yuh madda and chew on burritos, you midget. What aspect of contractual agreement can’t you fat midgets who are built like boxes understand? Your fat hero signed a contract and Josh dictates where the rematch will take place. Deal…

Whenever brings them the most revenue will do. Whether it is from Vegas, Cali or Mexico.

Damn fine thread, this one...

[QUOTE=BangEM;19843571]Mexicans would be target practice for the SA80 like their brothers in Afghanistan, lol. No one wants to fight in that high altitude shythole. Tell the fat fu..ck to bring his fat ass to London and get sparked out. Or…

[QUOTE=BangEM;19843571]Mexicans would be target practice for the SA80 like their brothers in Afghanistan, lol. No one wants to fight in that high altitude shythole. Tell the fat fu..ck to bring his fat ass to London and get sparked out. Or…