Eddy Reynoso, the head trainer of former unified heavyweight champion Andy Ruiz, expects his student to bounce back from his first career defeat.

Ruiz had banner year in 2019, when he shocked the sport with a seventh round stoppage of Anthony Joshua to capture the WBO, WBA, IBF, IBO heavyweight titles.

But six months after that win, in December in Saudi Arabia, Joshua outboxed Ruiz over twelve rounds to reclaim his world titles. 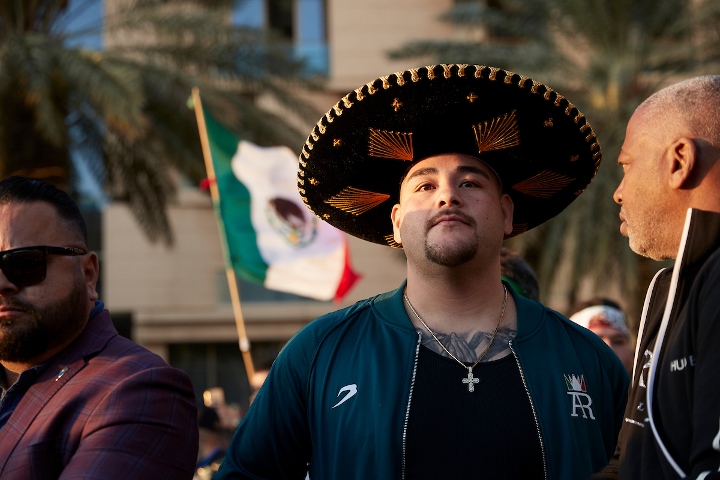 Ruiz has been out of the ring since suffering that defeat.

Earlier this year, Ruiz parted ways with trainer Manny Robles and hooked up with Reynoso.

"The important thing with Andy is that he is a fighter who is at the highest levels of his division, who can fight with anyone. In the time that I've been working with him I have realized that he is a boy who wants to continue to overcome," Reynoso said to ESPN Deportes.

"He is young and wants to get ahead. He has already tasted the honeys of victory, he already knows what it is to be a champion and not be a champion. Andy Ruiz is intelligent and he is going to return."

Nery was not impressive in his recent win over Aaron Alameda.

Reynoso admits that something was missing.

"He enjoyed himself during the time he wasn't fighting, he was away for a year, he had been going through some weight problems, he went up a division, it was his first fight at this weight, he changed his trainer. He lacked a little more preparation, because they were canceling the dates, he was practically working for a fight since March, the pandemic came and he could no longer train...they gave us this date, we lacked a little more preparation, but Nery is a tremendous boy, who wants to learn and improve himself in boxing and he's going to advance," said Reynoso.

As long as he has the skills and the chin he’s dangerous to anyone. The better shape he’s in the greater that danger will be. I hope to see him comeback and at some point earn that 3rd fight with…

[QUOTE=REDEEMER;20848120]Hysterical seeing all the Ruiz excuses . Most on here were rolling with Roaches comments that Ruiz was better heavier and posting all the junk how bad a heavier Ruiz would pound in AJ even more but when he got…

Hysterical seeing all the Ruiz excuses . Most on here were rolling with Roaches comments that Ruiz was better heavier and posting all the junk how bad a heavier Ruiz would pound in AJ even more but when he got…

[QUOTE=landotter;20846687]I do not Ruiz is done after his embarrassing beat down against Joshua.[/QUOTE] There was no beat down in the rematch, Ruiz came in like an overweight coach potato and Joshua fought like a coward. Considering the condition Ruiz came…

[QUOTE=Monty Fisto;20846952]Buster Dougas didn't win by a lucky punch; he outboxed Tyson that night. And Joshua looked more capable and willing to continue when the ref stopped it than Tyson did after Douglas sent him to the floor.[/QUOTE] I wish…