Zhilei Zhang has a new opponent for his next ring adventure.

The two-time Olympian and 2008 Olympic Silver medalist from China will now face Ukraine’s Andiry Rudenko, whom BoxingScene.com has learned will replace an injured Sergey Kuzmin in a 10-round heavyweight fight this Saturday in Monte Carlo, Monaco.

Rudenko (32-4, 20KOs) was among a small list of candidates to take the short-notice assignment after Kuzmin suffered a foot injury and was forced to withdraw from the DAZN-streamed show, as previously reported by BoxingScene.com senior writer Keith Idec. 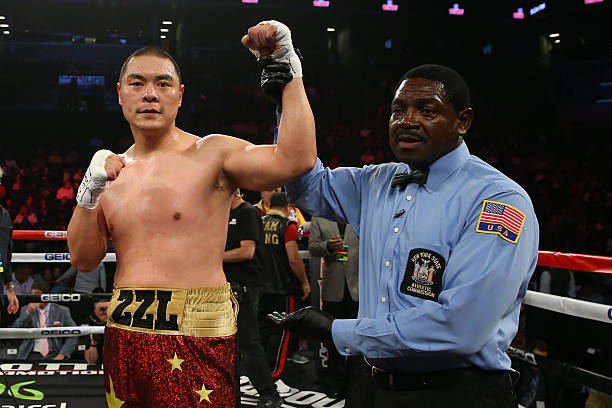 Zhang (20-0, 16KOs), a 6’6” southpaw from China who trains in the United States, is riding a 10-fight knockout streak—all within three rounds—and was in search for a step up in class as he looks to advance from advanced prospect to rising contender status.

A bout with Russia’s Kuzmin would have steered his career in the right direction, even in coming off of a lopsided points loss to second-generation heavyweight contender Michael Hunter (18-1, 12KOs) this past September. From his injury comes arguably an upgrade in competition, as Rudenko—while lacking a career-defining win—boasts a world-class chin and has gone rounds with several notable heavyweights. He’s lost two of his past three starts, dropping a 12-round decision to veteran contender Alexander Povetkin more than two years ago and is coming off of a points loss to Agit Kabayel this past March on the road in Germany,

Zhang has been out of the ring since a 3rd round knockout of Don Haynesworth last September. Visa issues affected his ability to enter and train in the U.S., with the inactive period resulting in his losing a sanctioning body Top 15 ranking. A win on Saturday could place him back in the mix and as a contender to watch in 2020.

Solid replacement. Rudenko is tough dude, he was never stopped. He fought Hughie, Povetkin, Kabayel. I don`t know much about Zhang, just that he is still unbeaten and Rudenko is his best opponent so far.

Rudenko is a solid replacement. He is durable & from what I have seen of Zhang I wouldn't be the least bit surprised if he beat him. Zhang never impressed me & this would be his biggest step up. Zhang…

He's ok as a replacement, not very active and one-dimensional but should stay there for all 12

Zhang has good technique and is powerful, but he's slow. Can be a top 20, though.