The Moloney twins have been the talk of the boxing press in recent weeks, with the twins alongside their manager, Australian boxing icon Tony Tolj, successfully gaining entry to the United States despite worldwide travel issues caused by the COVID-19 outbreak.

The pair gained entry to the United States two weeks back, with the brothers setting up in the Top Rank gym in Las Vegas ahead of their featured bouts which will take place on ESPN's scheduled broadcasts of Top Rank events over the coming months.

Andrew Moloney, who currently holds the WBA world super flyweight title, opened up about the stresses of gaining entry to the US and training camp for his stateside debut. 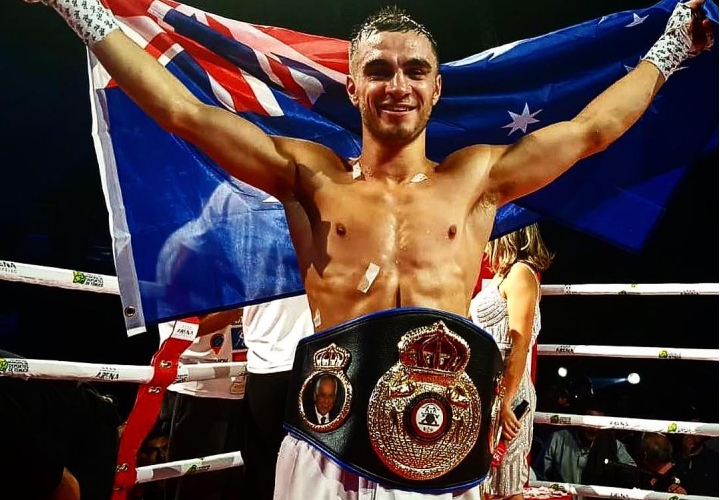 The 115-pound world champion said, "It was massively stressful in regards to worrying about getting into the United States, but I have got to thank my manager Tony Tolj and promoter Top Rank for all the hard work they put in to get the correct paperwork and permits in order to get us here in Las Vegas. I can't honestly express my gratitude to all involved in securing that we were allowed into the country to start with.

"Myself and my brother are always in shape and we were working hard in Australia prior to coming out, so we arrived here in good shapes and are really just putting the finishing touches on camp prior to making our American debuts. Camp is always good in Australia with our training team, and we get great sparring with the likes of Billel Dib and Bruno Tarimo as well as my brother of course.

"I am so excited to get back in the ring and on television in front of the ESPN cameras in Las Vegas. It's, of course, unfortunate that no fans will be in attendance but I am so grateful to be given any sort of opportunity to fight right now, never mind on a show put on my legendary promoter Bob Arum and Top Rank."

No opponent has been officially announced for 'The Monster's' US debut, however, the super flyweight king weighed in on his mindset ahead of his clash in Las Vegas.

Moloney said, "I'm not really too focused on the opponent as of now, I'm more focused on making sure I complete camp in the correct way and making sure the best Andrew Moloney enters the ring on fight night.

"I have a great team in Tony Tolj and Top Rank and I completely trust them to find a top-quality opponent that will bring their A-game and bring the best out of me. Fighting on ESPN carries a big responsibility to put on a world-class show, and that is what I intend to do.

"I want the American fight fans along with viewers all over the world to see my skills and with their likely being a massive global audience for this fight I need to make sure I am at my absolute best and I am confident of putting on a career-best performance."