WBA #6, IBF #3, WBC #4, WBO #9 Australian Boxing sensation Andrew “The Monster” Moloney 17 – 0 returns to the ring September 8th for his 3rd fight of 2018 & the biggest challenge to date of the 27 year pugilists career. The bout will be at the Grand opening of the new lavish Bendigo stadium in Victoria Australia.

“I know people say this all the time, but this really has been the best training camp of my career. We have flown in 4 international sparring partners for this camp and they have been great in helping me prepare for this fight as all of them have a similar style to Luis Concepcion. 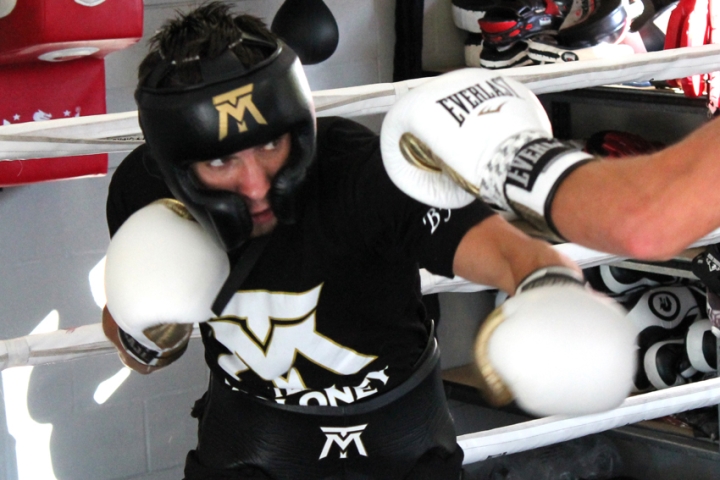 My coach Angelo Hyder and I have watched a lot of Concepcion’s fights and have put together a great plan for this fight.

Concepcion applies a lot of pressure on his opponents and throws a lot of punches. We realise that I need to be extremely fit for this fight and that is why I am training so hard.

Concepcion was the last man to hold the WBA Super Flyweight Title before the current champion Kal Yafai.  I want to show everyone what level I am at by beating Concepcion and then we will set our sights on Yafai next.

After 17 fights as a professional I feel as though I have done my apprenticeship and I’m now ready to take on the best in the division. It’s no secret that I want my shot at WBA World champion Kal Yafai. We offered all the fighters ranked above me the fight but they declined so I am very happy to be fighting the former champion in Luis Concepcion” – States Moloney

The man known as “The Monster” has been gunning for the WBA World Super Flyweight Championship opportunity against Kal Yafai for well over a year. All the top rated fighters refused to take on Moloney. Concepcion has stepped up to the plate and will come to Australia. Concepcion was last tasted defeat September of last year against Mexican Iran Diaz who is now challenging WBC Super Flyweight Champion Wisaksil Wangek. Concepcion is eager to get back in the win column.

“My rival is undefeated, but by reviewing his record he has not had the same opposition that I have faced in my career. I already studied it and we know what we are going to do in Australia, fighting inside or outside we have things clear” Concepcion added.

“I’m motivated to win the fight and seek to crown myself again, I do not trust the opponent, but I’m sure of the work we are doing to get out with the hand up,” Concepcion said.

The winner will be right in the mix for the World Title opportunity and will make an excellent match with fight of the year written all over it.

Is little bro better than Big bro ( Jason Moloney ) in the WBSS? I think that's a unfair question considering Jason is fighting the sharks in the WBSS 118 pound tourney ; don't get me wrong this is a…

oh man I read the title as "Andrew Moloney Ready For Conception, Wants Kal Yafai" and got real confused.