Australia’s Moloney officially weighed in at 114½ pounds for his defense of the WBA world super flyweight title Tuesday night at MGM Grand Conference Center in Las Vegas. San Antonio’s Franco came in at 115 pounds even for their 12-round, 115-pound championship match.

Franco first stepped on the Nevada State Athletic Commission’s scale at 115.2 pounds. He weighed exactly 115 pounds after taking off his underwear and his protective mask. 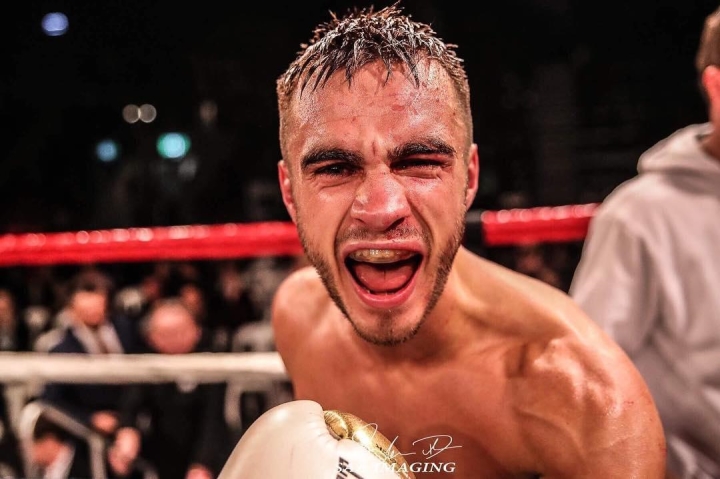 ESPN will televise the Moloney-Franco fight as the main event of a five-fight show scheduled to begin at 8 p.m. ET/5 p.m. PT.

The 29-year-old Moloney is listed as a 9-1 favorite to defeat Franco, the WBA’s 12th-rated contender for his championship. Moloney was elevated from the WBA’s interim 115-pound champion to world champion since he won the WBA interim crown by stopping Guyana’s Elton Dharry (24-6-1, 14 KOs) after the eighth round of his last fight, November 15 in Melbourne, Australia.

Earlier Monday, Christopher Diaz and Jason Sanchez made weight for their 10-round featherweight fight, the first bout ESPN will air Tuesday night.

Below are weights for the three fights ESPN will televise between the Diaz-Sanchez and Moloney-Franco fights.

lighter-weights are carrying the sport since the launch of boxing in the U.S.A, and continue pushing the progress. LETS GO!

I doubt you can find any odds at 9-1. If it is half that it's worth taking. Never know what will happen right now. Great matchup though! I have it alot more even than some might think. Both corners bring…

I like Andrew, but he's an old super fly. This can turn into a war late.

Now we got a fight. Let's see how Andrew Moloney perform against Joshua Franco. :boxing: