Flyweight Andres Campos dropped Pedro Villegas of Ecuador once en route to a unanimous decision victory Saturday night at the Gimnasio Club Mexico in his hometown of Santiago, Chile.

The 23-year-old won a vacant regional title in his previous fight on November 21, defeating Venezuela’s Jesus Martinez by unanimous decision. The southpaw Villegas figured to give Campos a test, and he was game throughout most of the fight, but Campos was the more-effective fighter. 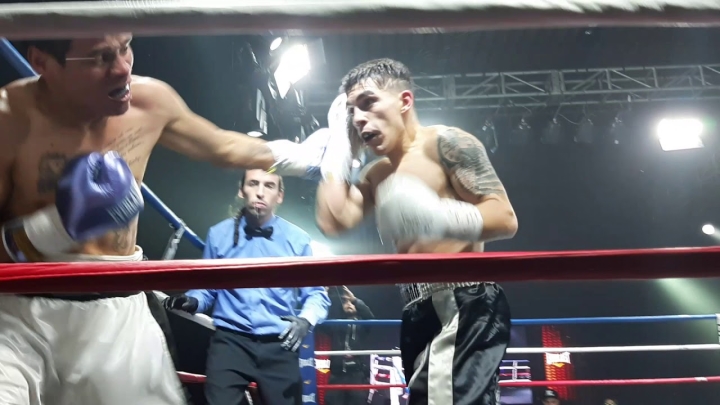 Campos dropped Villegas in round 6, stunning him with a right hand to the head. Campos followed up by battering Villegas against the ropes, dropping him his knees with two body punches. Villegas beat the count and fought on.

Campos, who is managed by Tony Tolj, pressed the action during the final two rounds, but Villegas did enough to fend off the attack or would hold on until the final bell sounded.

Junior welterweight Ramon Mascarena, Jr., who is also managed by Tolj, dropped Jesus Bravo once en route to a unanimous decision victory over eight rounds. Scores were 78-72, 78-72, and 78-73 for Mascarena, who improves to 12-1, 6 KOs.

Mascarena, who has now won his last two bouts since losing by knockout to Mexico’s Bryan Flores on June 15, dropped Bravo in round 4 in a fight he mostly dominated from the opening bell.

Bravo, who resides in Lima, Peru, drops to 19-3-1, 17 KOs and has now lost three of his last four bouts. He was coming off a highlight-reel knockout loss to junior lightweight contender O’Shaquie Foster on July 17.

In lightweight action, Raynel Mederos, who is originally from Cuba and now resides in Santiago, defeated Argentina’s Gonzalo Romero (5-2) by unanimous decision. Scores were 60-54, 59-55, and 58-56 for Mederos, who improves to 4-0, 1 KO.

Francisco A. Salazar has written for BoxingSscene since September of 2012 and has covered boxing in Southern California and abroad since 2000. Francisco also covers boxing for the Ventura County (Calif.) Star newspaper, RingTV, and FightNights.com. He can be reached by email at [email protected] or on Twitter at FSalazarBoxing